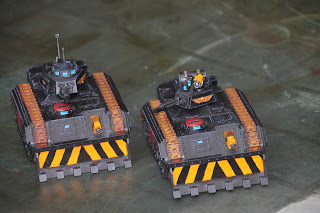 I treated myself to an early Christmas present.  Two M7th Chimera, especially obtained from the Coldmoon fabrication yards on Forge World Kolarada. 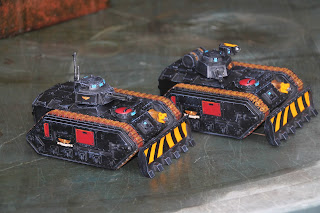 "That's great Zzzzz, but don't you have any black paint ?" 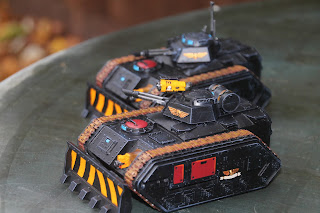 Why yes I do, but the whole point is that they have to match the others: 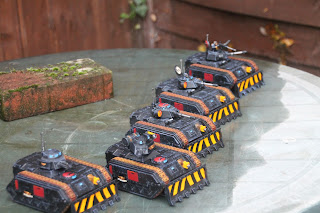 Aaah, it becomes clear; following the initial assaults on the outlying areas of Xyphonica, the reduced number of Mordians (& Palladians, who were in the same Division) could all be mounted.  So by the time the city is truly invested, the remaining Mordians are fully mechanised.

Because armoured infantry are you want in a siege.   Setting that peculiarity aside the remaining Mordian assets are folded into the Palladian units and as reinforcements for other formations within 17 Korps, 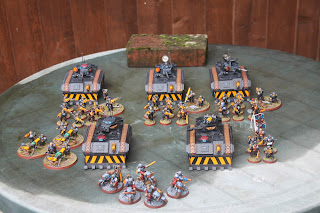 Here is the platoon temporarily attached to the 699ASL, to provide them with some extra fighting power as they find themselves deficient in infanteers towards the closing phases of the campaign. 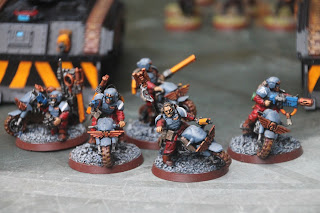 G Section, Mordian rough riders, generally, these are deployed in as a recce screen to locate enemy assets and form an actual picture of their disposition for the unit commander. 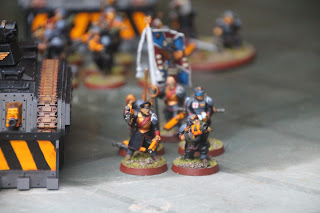 The PCS (known as 'H Section'), which includes a medicae, vox op, standard bearer and veteran armed with a GL. 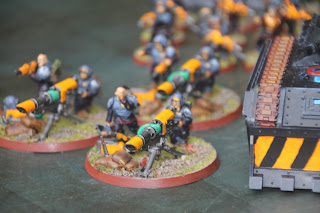 The AT Squad, I Section. 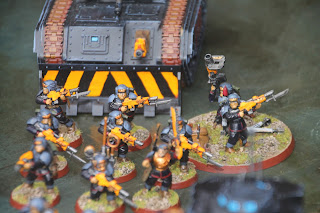 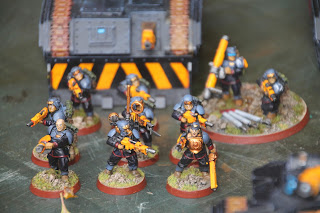 K Section, as before. 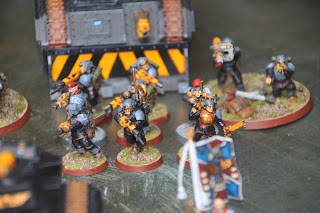 L Section, as before. 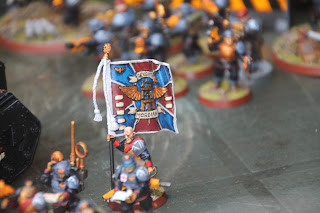 And a detail shot of the standard, which is a work of art. 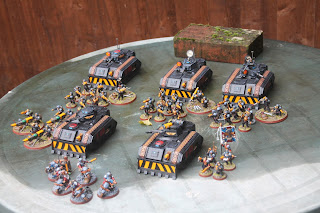 And a final group shot, the platoon ensuring the safety of the BoS.
Posted by Zzzzzz at 02:54