S'odd, but I'd never before considered what the French for 'password' would be.

Pater and I had previously had a conversation about the game - I'm 2/3rds of the way through preparing three 6'x4' boards. Now, with the advent of the trestles, I actually have somewhere to put them. Other than the garage floor. The problem with the garage floor, apart from the lumbers of four blokes in their late 30s/early 40s (and yours, KK, which should be much better than ours but which nonetheless requires protection), is that my helpers are quite likely to realise where the action is and walk into the middle and sit down. Or drop tennis balls/rope chews/squeaky toys.

Now all of this floor/dog action could be viewed as suitably apocolyptic (sic). However, these armies have taken years (three) to put together and, lets face it, have a cash replacement cost as well.

So that is why the trestles are good.

I've also got this: 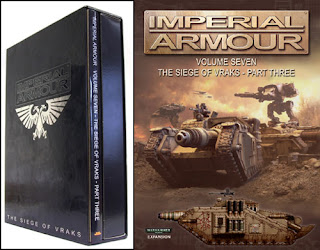 Which has a node based campaign at the back. I'm also got no Spaze Murheen army. And only the bare bones of a Noise Marine Warband. But hey.
Posted by Zzzzzz at 17:09