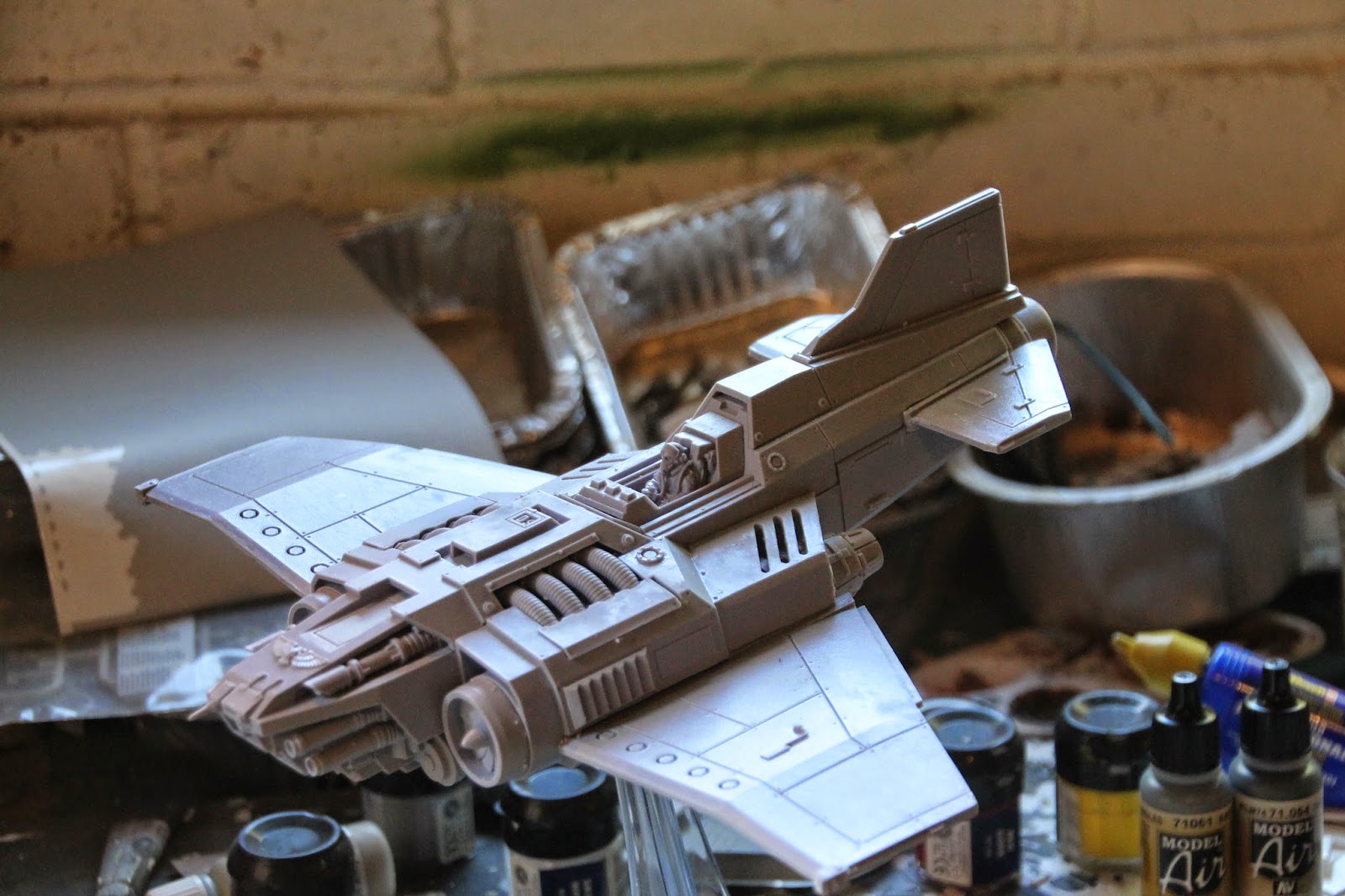 This is the T-bolt that Karitas built, just because.  Well, not 'just because' but to give you a point of reference for the following photos: 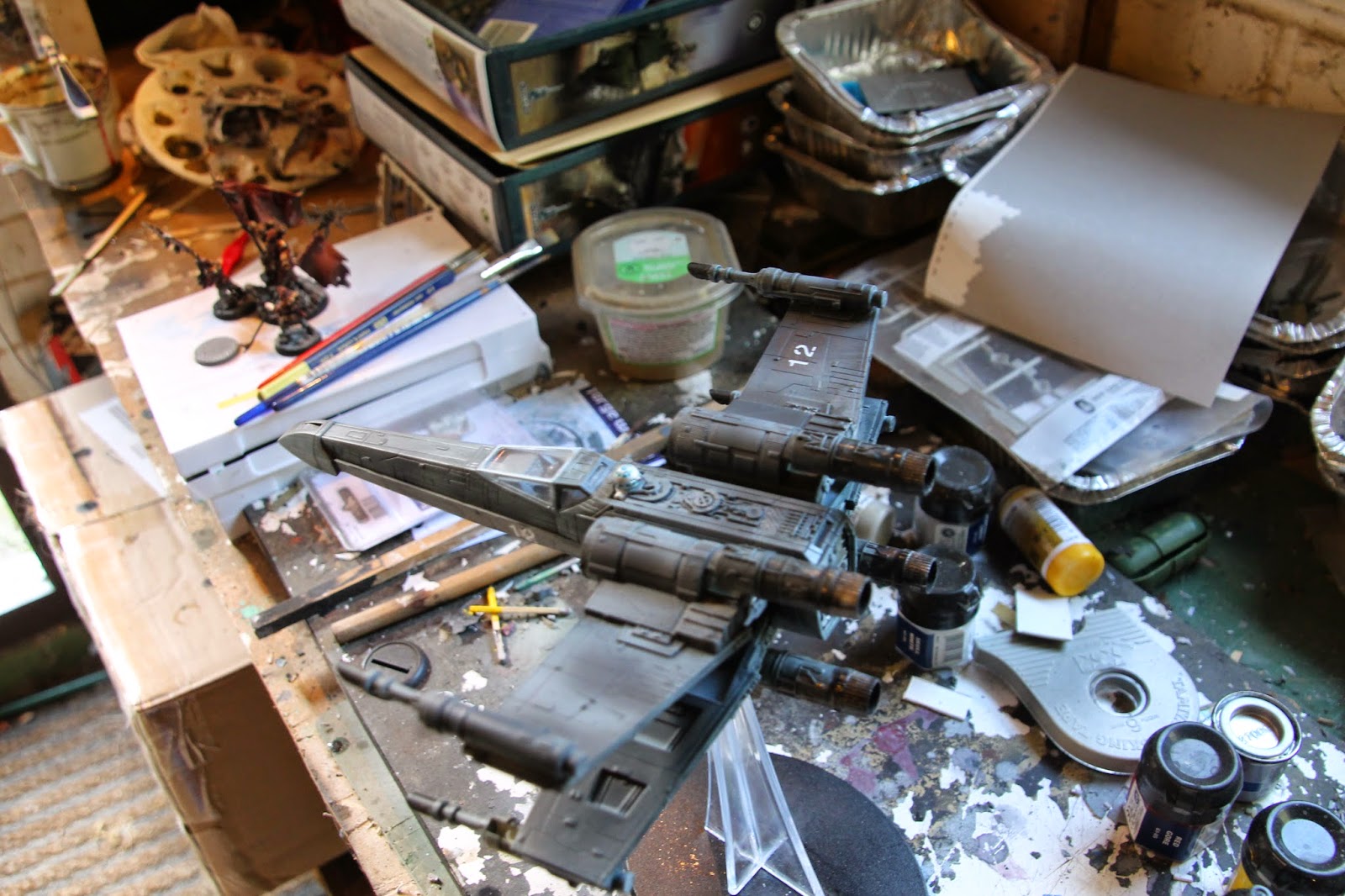 The T65 Yavin Interceptor now has a simple camo pattern and a couple of decals.  I find myself wishing that GW did a proper decal sheet for flyers with 'no step' and ejector seat type markings.  But that's not their market so it's not going to happen. 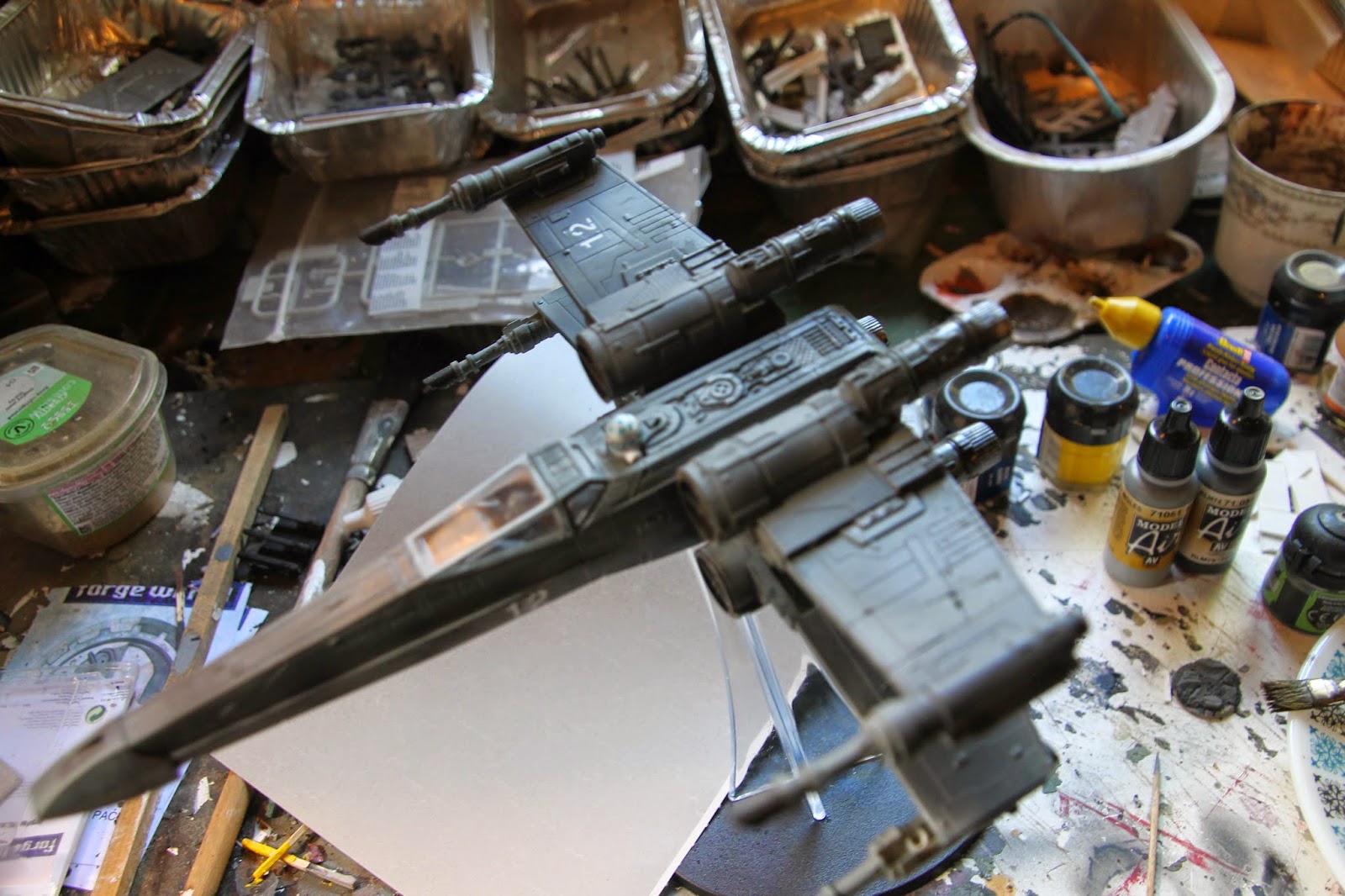 I'm quite please with this, although the photos might not show it too well, the weathering on the engines worked fairly well. 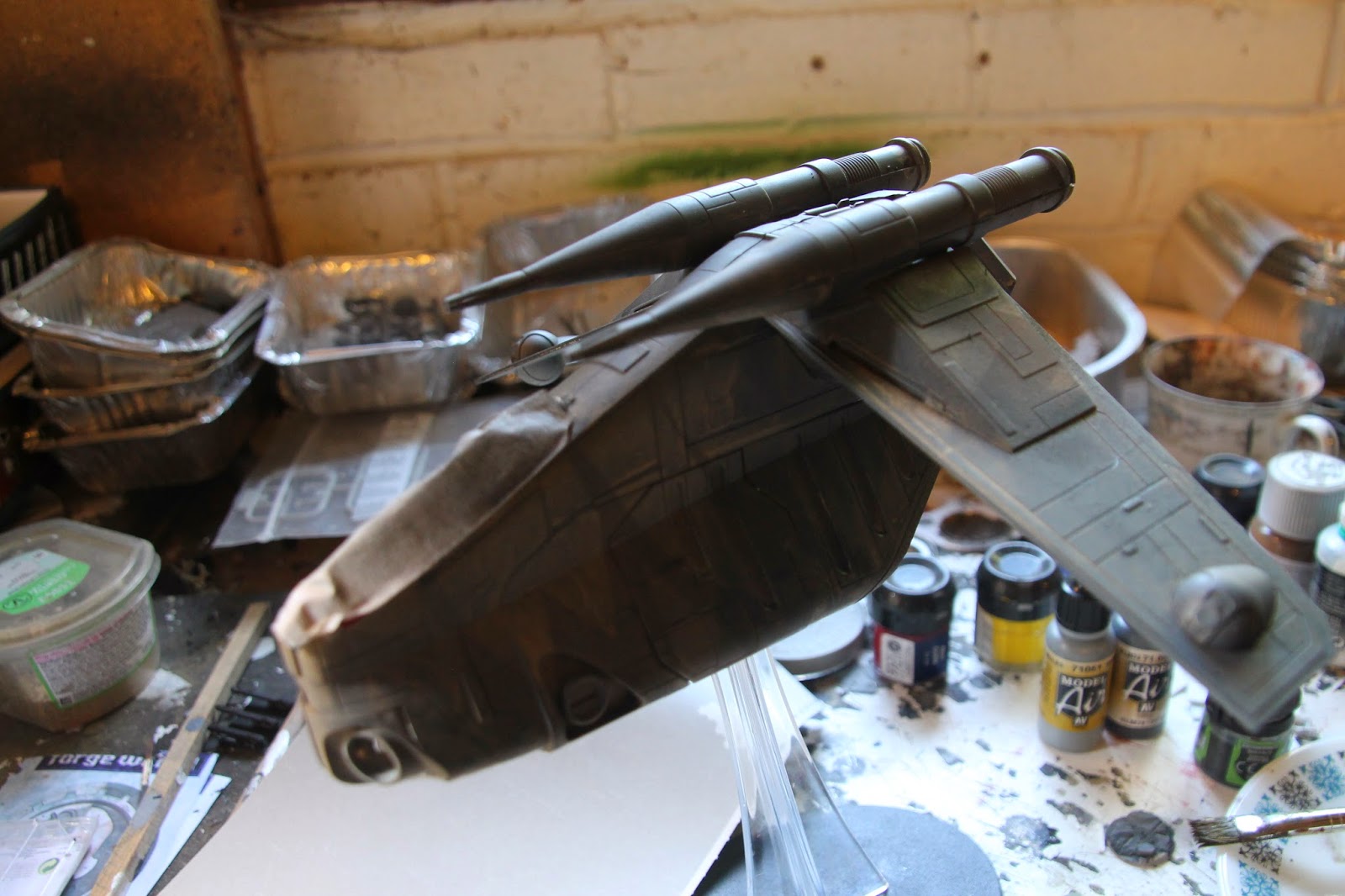 The Starwars Vendetta conversions.  I've decided to modify the engines, and so need the engine like fans probably from Vange industries.  Anyway, I went to over paint the jagged desert pattern with a proper Devos IV grey over-spray.  However, during the how-ever long it has been since I last airbrushed, a lot of the pigment has obviously settled. 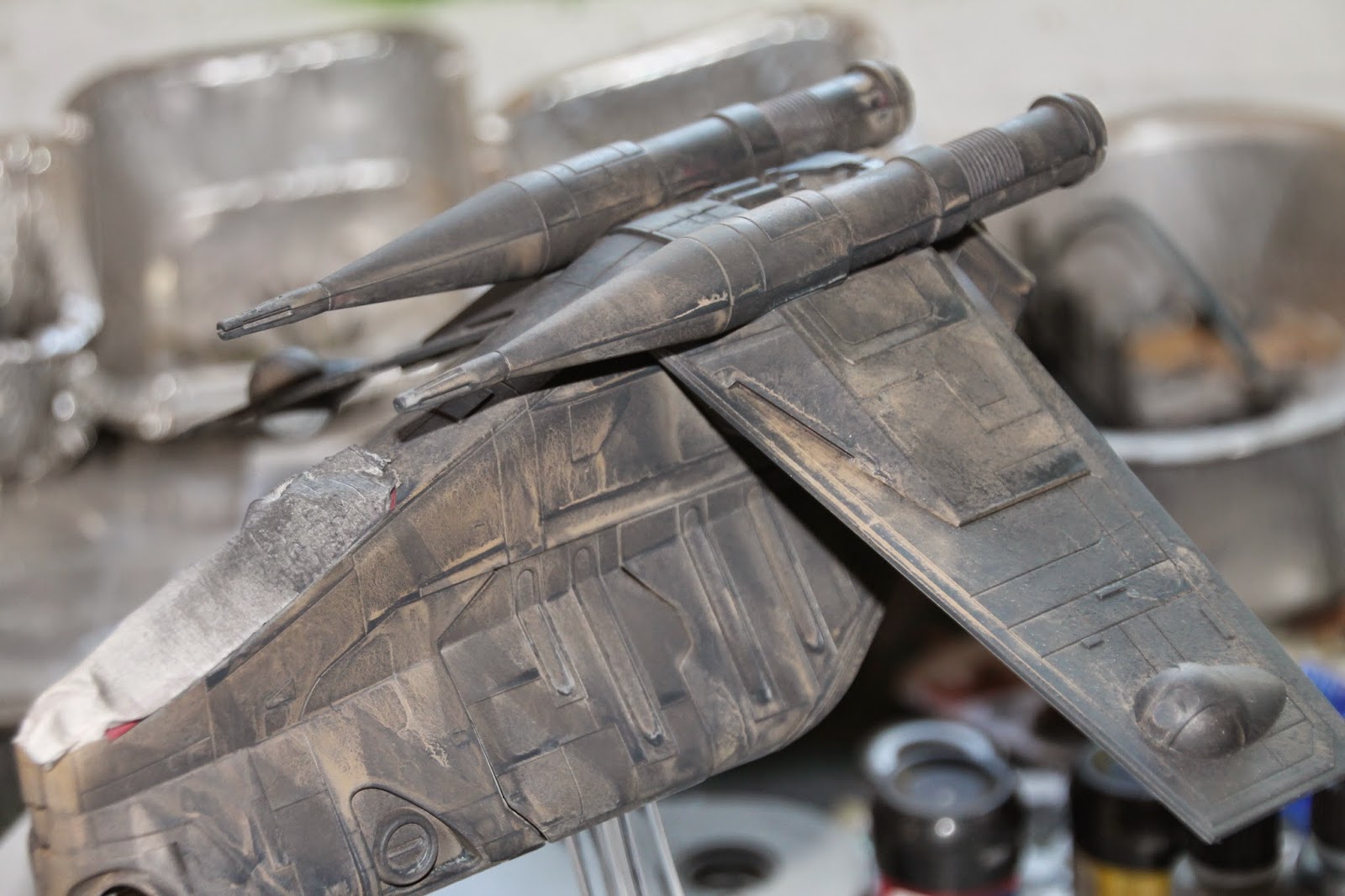 So what I got was a wash something akin to the dirty water from a bucket of floor wash.  The effect is interesting, yes, but not what I had planned.  Fortunately, it's not the end of the world, just another layer. 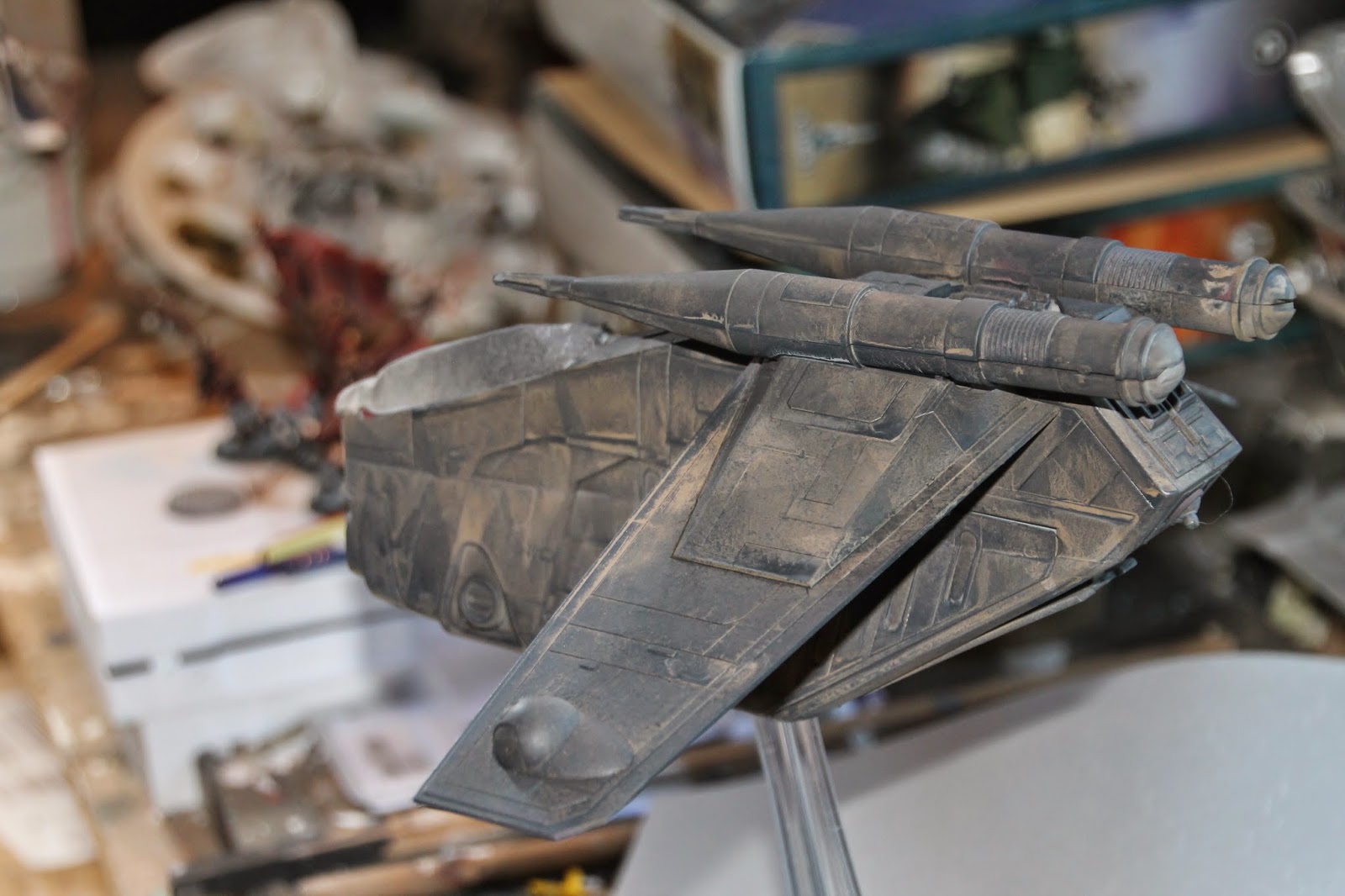 So the las cannon kits have all been gathered in, ready for the conversion, but I really want to change those dodgy magic engines for something a little more Imperial.

Next time, back onto the ground.
Posted by Zzzzzz at 11:18