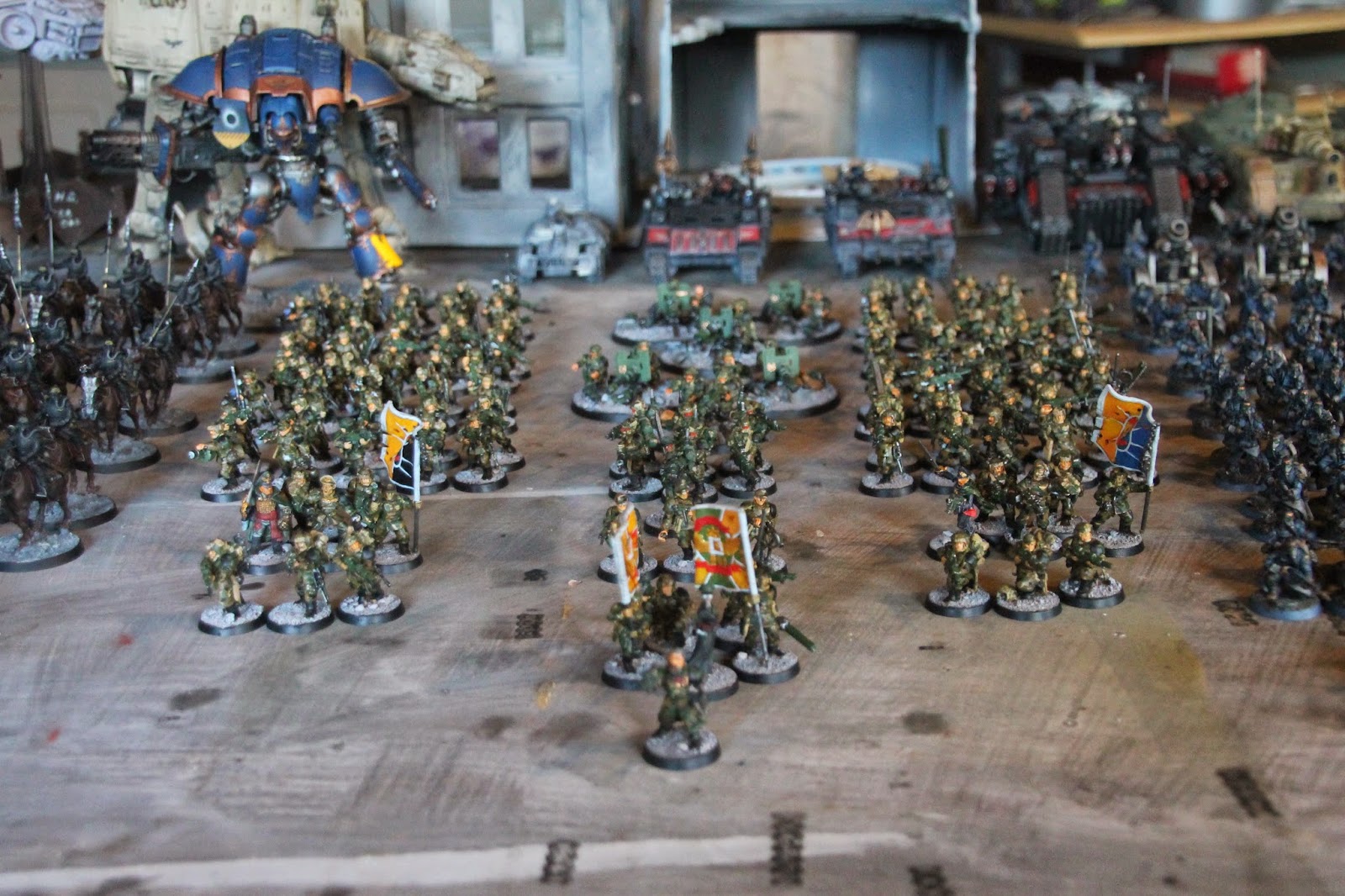 These fellows are from the 2nd Corbanain Infantry Regiment.  Corbania's 2nd Regiment is a Cadian searchlight pattern infantry regiment*, unlike their 1st Regiment, which is a specialised urban assault regiment.  These  two units plus supporting detachments form 17 Korps 904 Div. 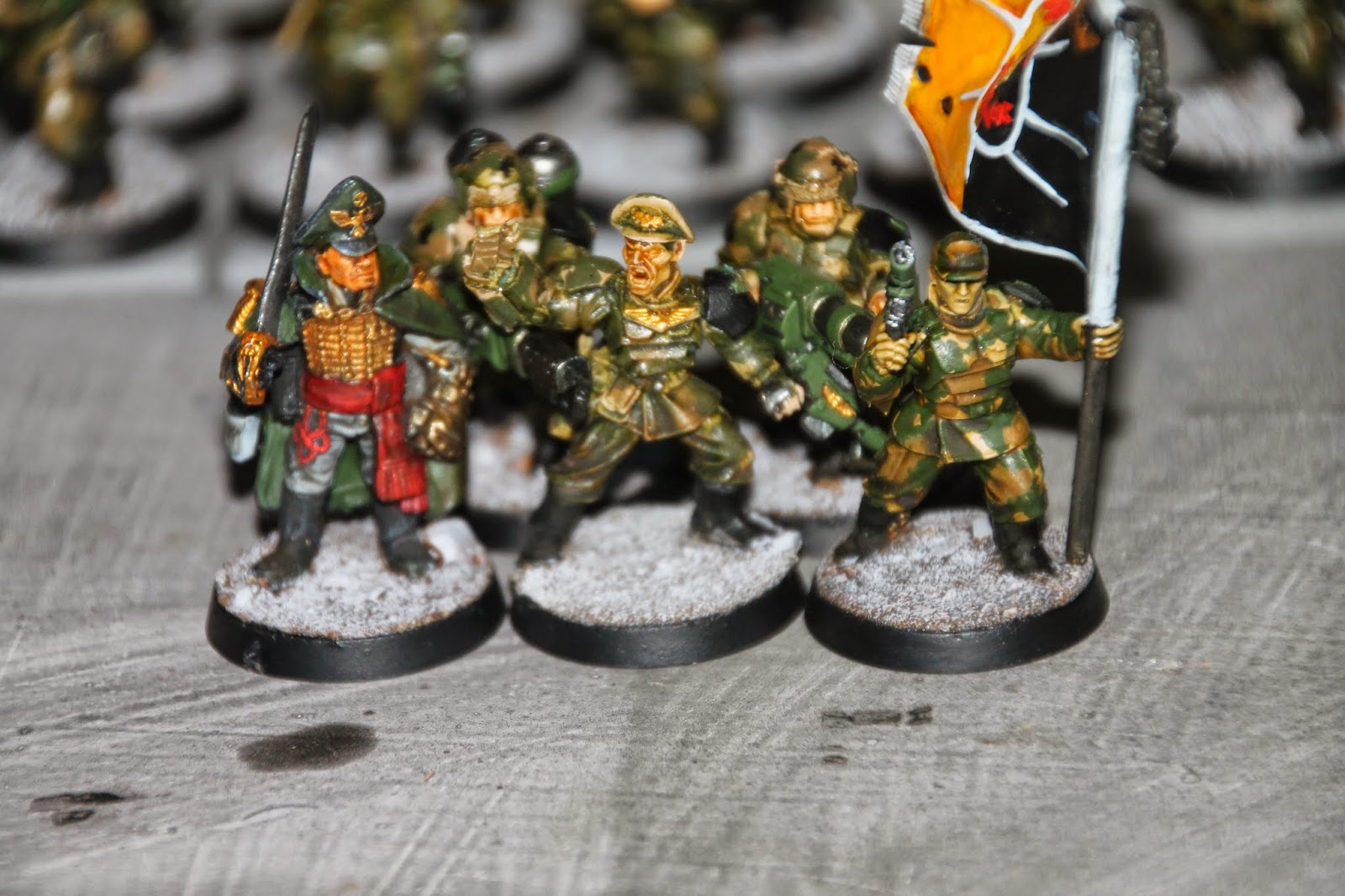 A close up of one of the Platoon Command Squads.  Rifle platoons of four squads.  This det has two rifle platoons an anti tank squad (three las cannon) fire support squad (two AC and one HB) and a seven man Storm Trooper squad. 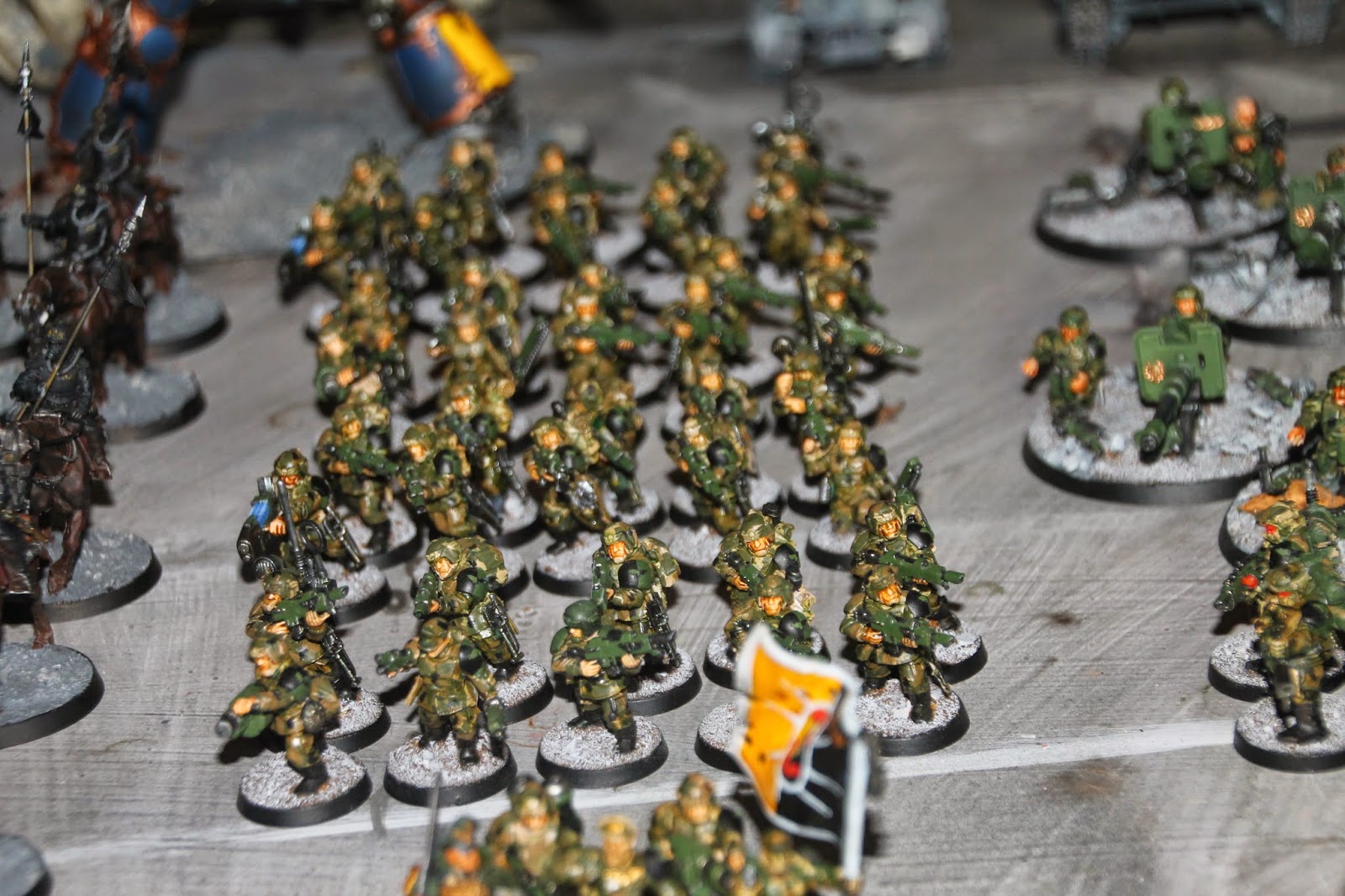 A Rifle Platoon.  All painted by Raven's Nest Painting.