Stuff this where the sun don't shine, Mr Belbin

I have finished something.  To the brick of scrutiny, Robin ! 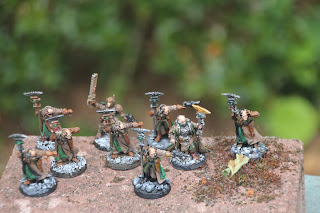 The PBS, with the old figures touched up and then the whole lot re-based. 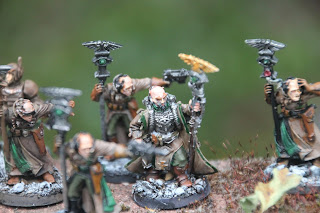 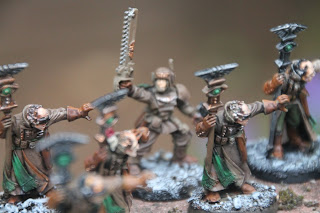 The Freak Leash.  Still needs the transfer and the =I= symbol.  Not quite finished, then..... 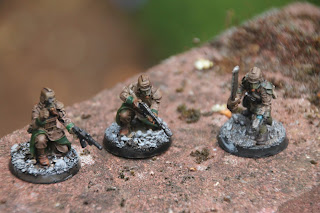 The DKK trio. Amazing that you can sometimes spot in a photo what you miss in the flesh (resin).  The centre mini has a large green patch on his right leg where some fool has been careless with the dark green paint.  So that needs fixing so I'm still not finished.... 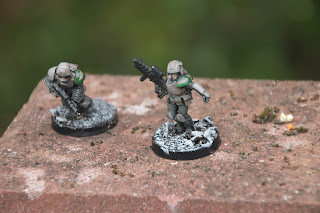 A pair of Corrunna Grenadiers.  There were three of them, but I dropped one on the way to the brick of scrutiny.  So more to be done there then...  These are Hersey Sci-Fi Troopers, should that particular query rise to the top of your consciousness. 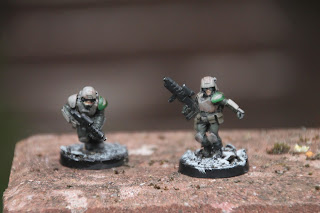 The green shoulder pad with the aqilla is to designate them as part of 72AG.  Interestingly, I did these yonks ago as a prize for Admiral Drax for his epic pan Christmas Posting Run a few years ago.  And now they're back in the garage.  Very army, to be sent on a two or three year circular journey in order to end up where the army wanted you in the first place.
Posted by Zzzzzz at 05:01