So you all know that the hijacked transport ship destroyed by the Black Templars dropped off a large number of Blood Pact before being trashed.

I'm anticipating them being a DKK Siege Army list. Etogaur.  Two bodyguards, bloodmage (counts as momento memori - for the time being) and master vox. 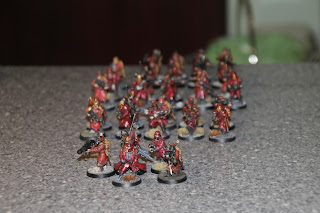 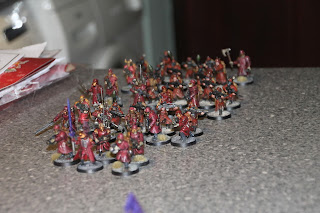 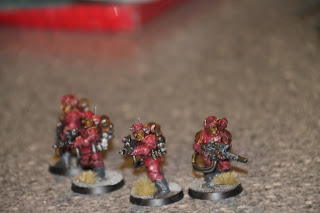 Four members of the Death Brigade.  Obviously four grenadiers doesn't fit any DKK codex entry, so another two boxes of scions and I can have two squads of seven... plus one sourced from a bitz site would be three squads of five.  And Centaurs would be kool. 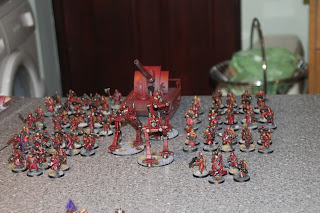 Here we are with the three sentinels and a basilik (obviously an allied detachment).

Not shown are the three VL/Reaper Sledgehammer counts-as-earthshakers, yet to be delivered.  The five terror bird (death) riders.  Left out of these pictures by error.

So they're looking fairly healthy.

Tranche 3:  AT Teams with Tread Fethers plus others, including another command squad for the heavy artillery.

Other randoms as well, so we can crew the Basilisk etc. 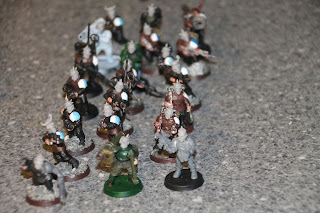 Forsaking the Emperor for freedom from oppression and unlimited war crimes. So that's posts into the new year written.  I've got a special treat waiting for me under the tree, so the next time I write a few posts, maybe Christmas will have passed and there'll be more new stuff.
Posted by Zzzzzz at 01:53