So here are the "I accidentally won an e-bay auction" Elysians.  Ably painted by Raven's Nest Painting. 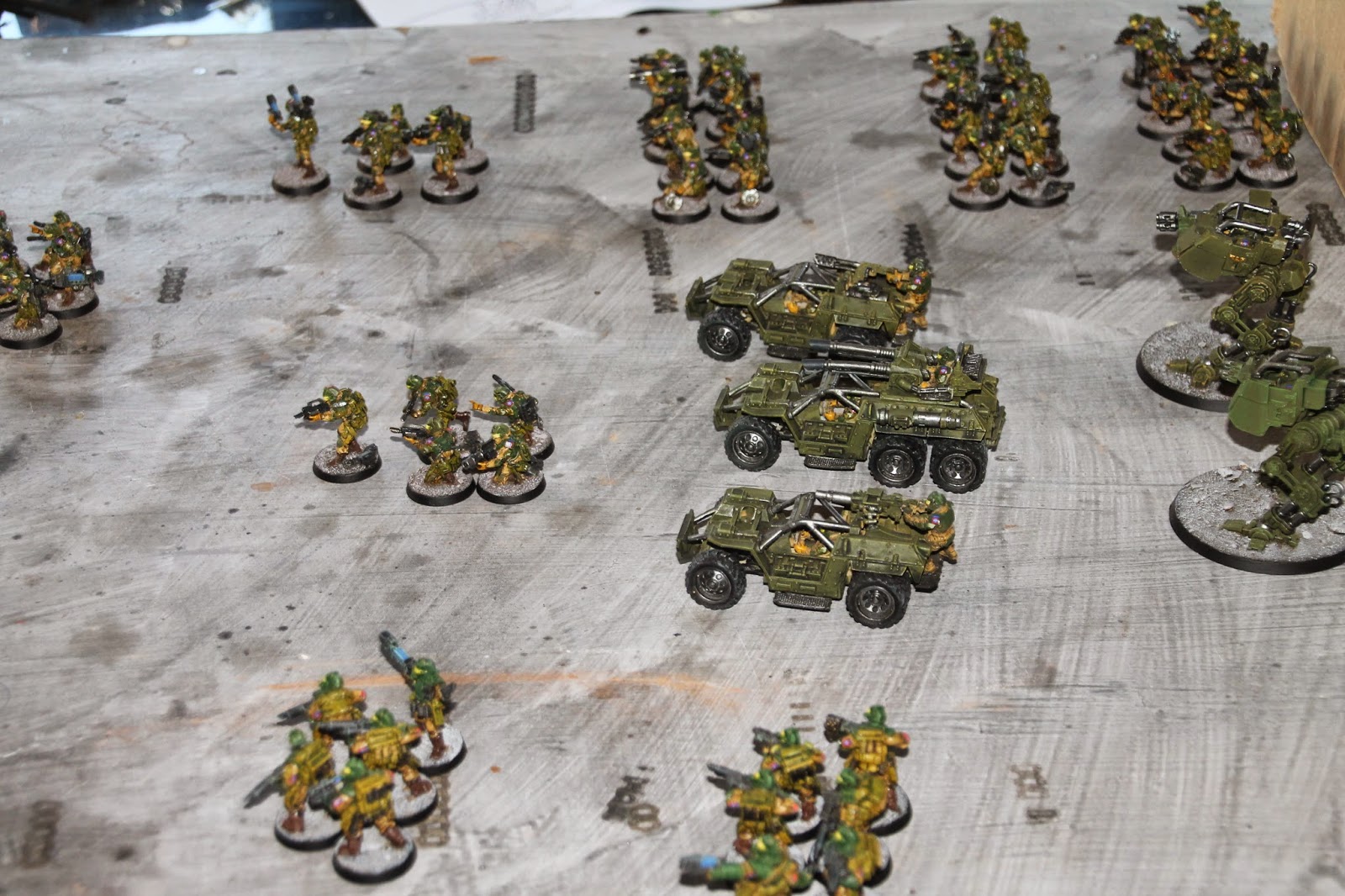 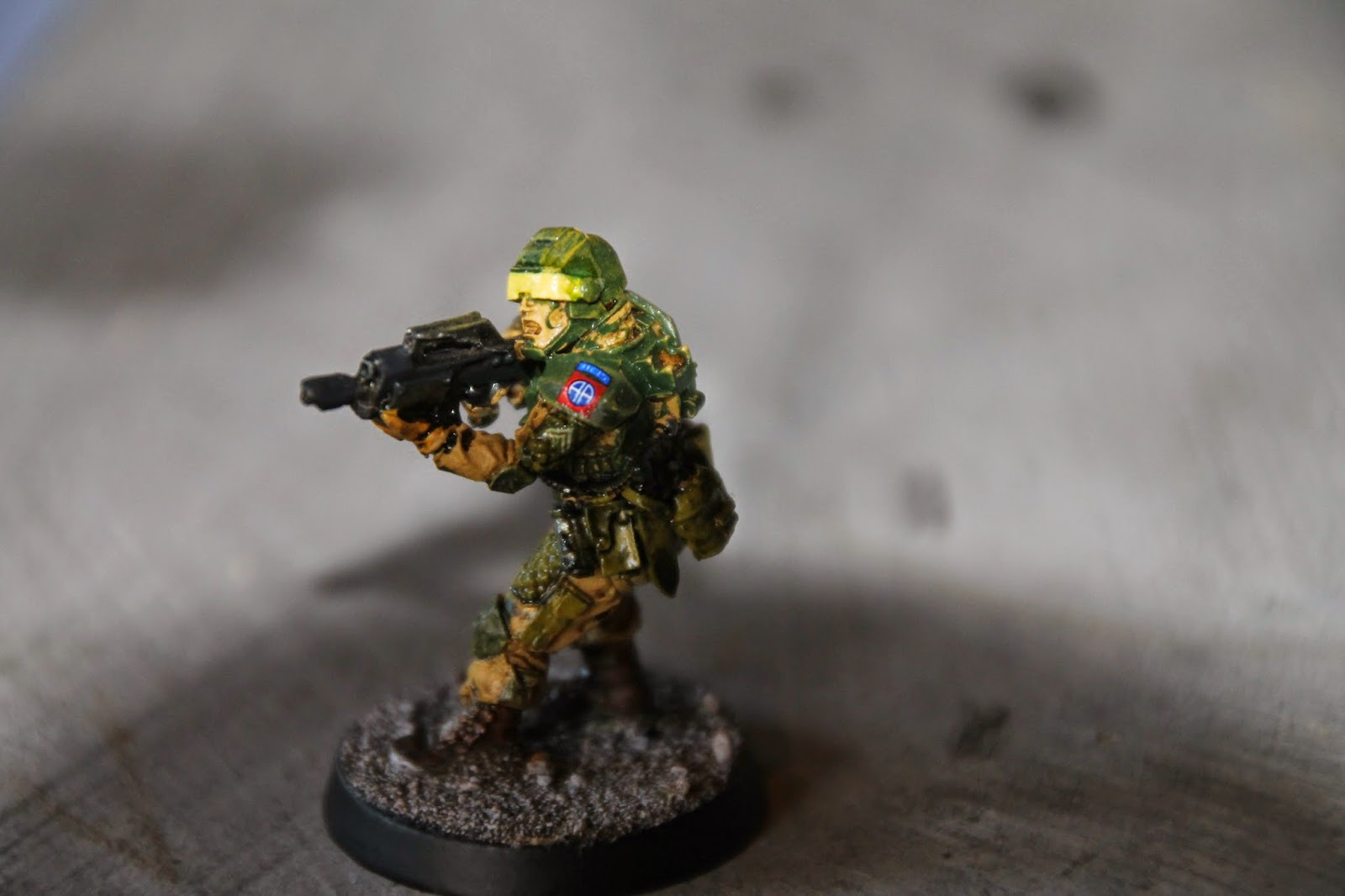 Here's a shot showing the ancient symbol of Drop Troops from days of old night.  These emblems, whose origins and meaning are lost to antiquity, have taken on religious significance to certain sections of the Drop Troop community.  Note the Corcoran jump boots and unlined leather rigger gloves. 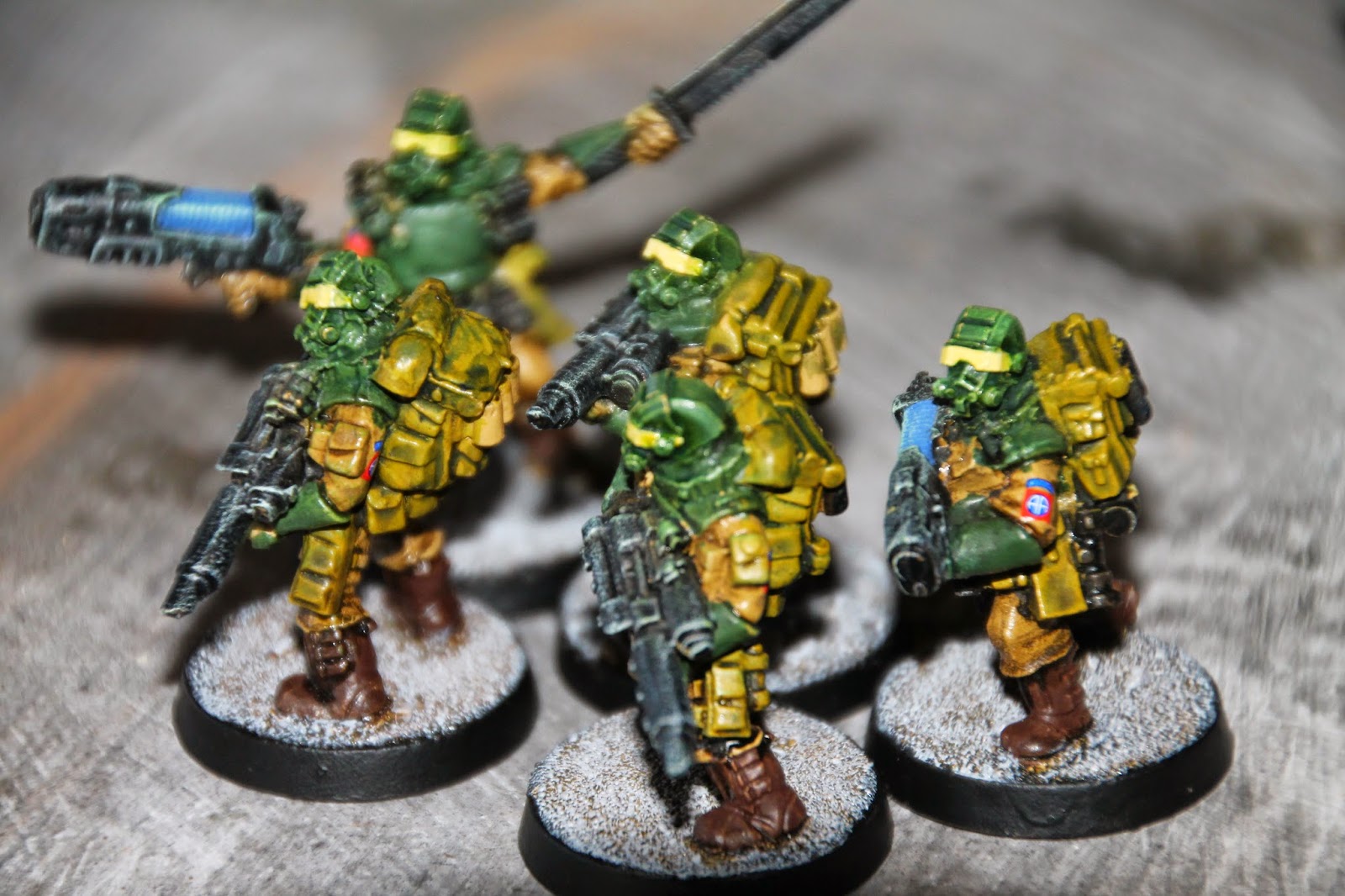 One of the Storm Trooper squads.  The observant amongst you will have already noticed that they are wearing the Mk9 Elysian Pressure helmet with integral rebreather unit.  Rather than the usual bulky helmet that is issued with the M1942 Armoured jump suit. 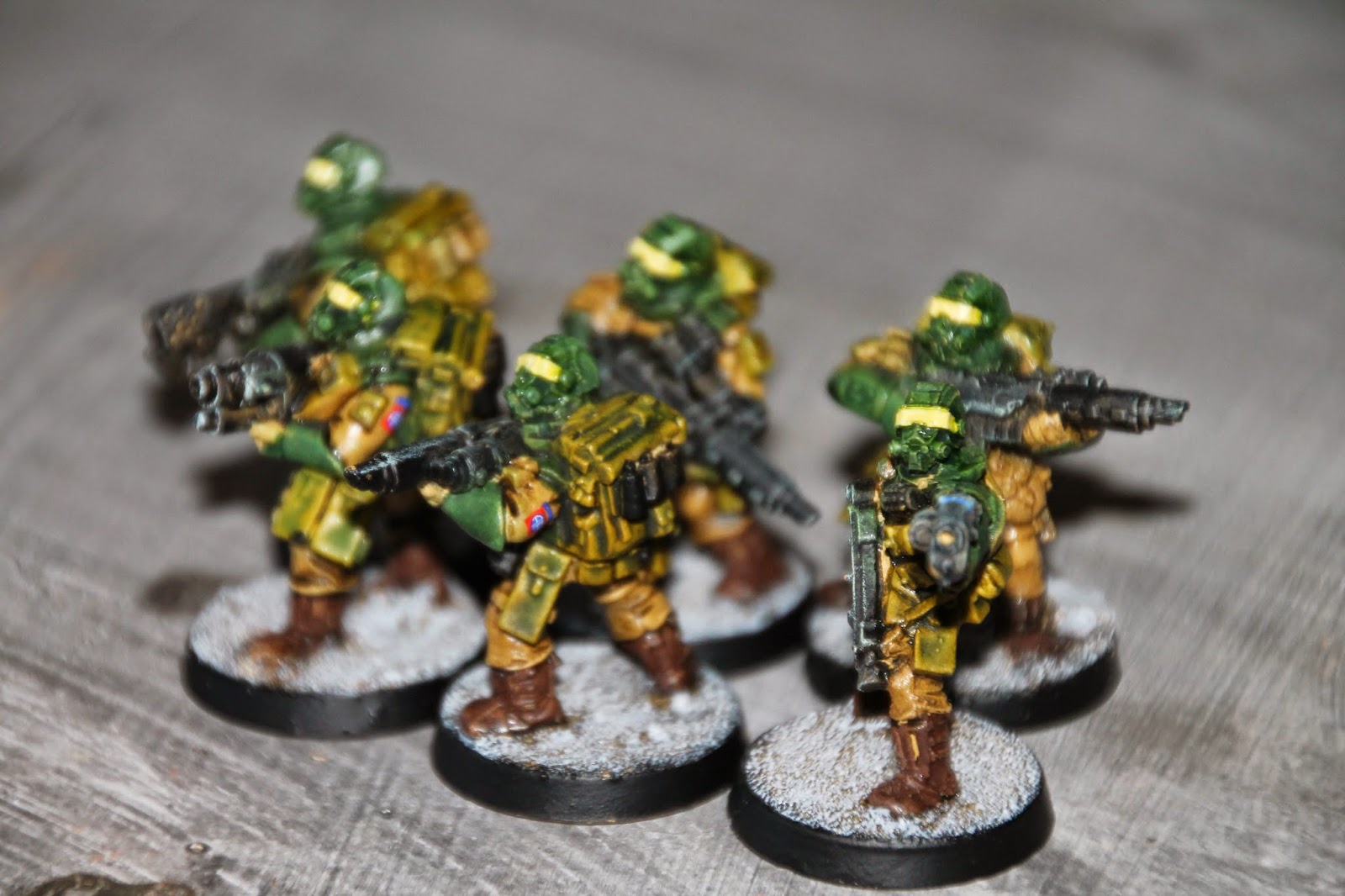 The other Storm Trooper squad.  These guys also wear the mystical unidentified badges. 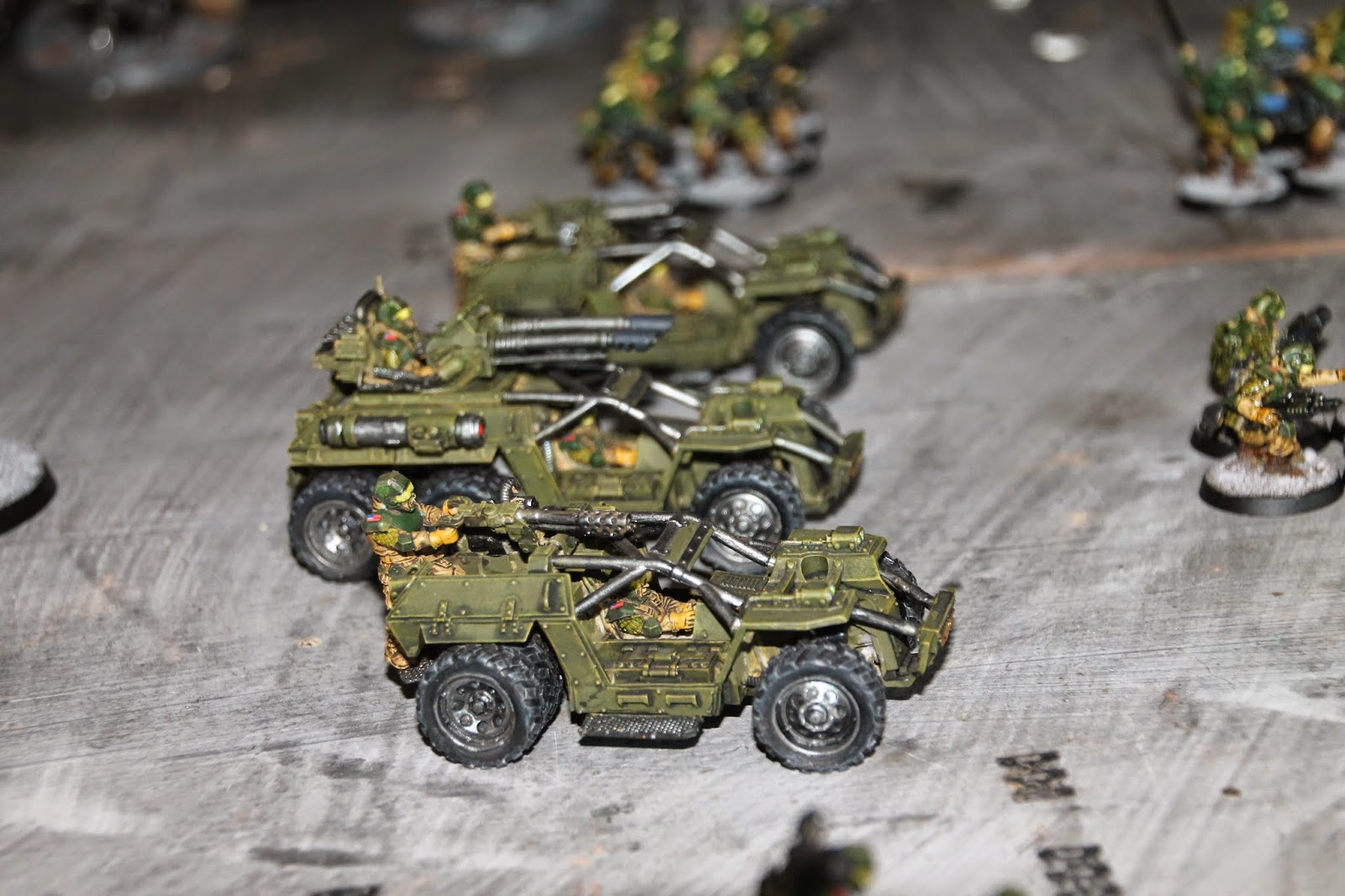 The Tauros detachment from the heart of 2 Platoon.  I don't have sky talon models ("Whaaat ?!?!" I hear you scream) and don't have any intent to acquire any either ("Whaaat ?!?!?" I hear you scream again). Air lift assets are precious - yes these would all be deployed by air, but would be dropped far enough away from their mission location to avoid having the air assets shot out of the sky - jus' sayin'. 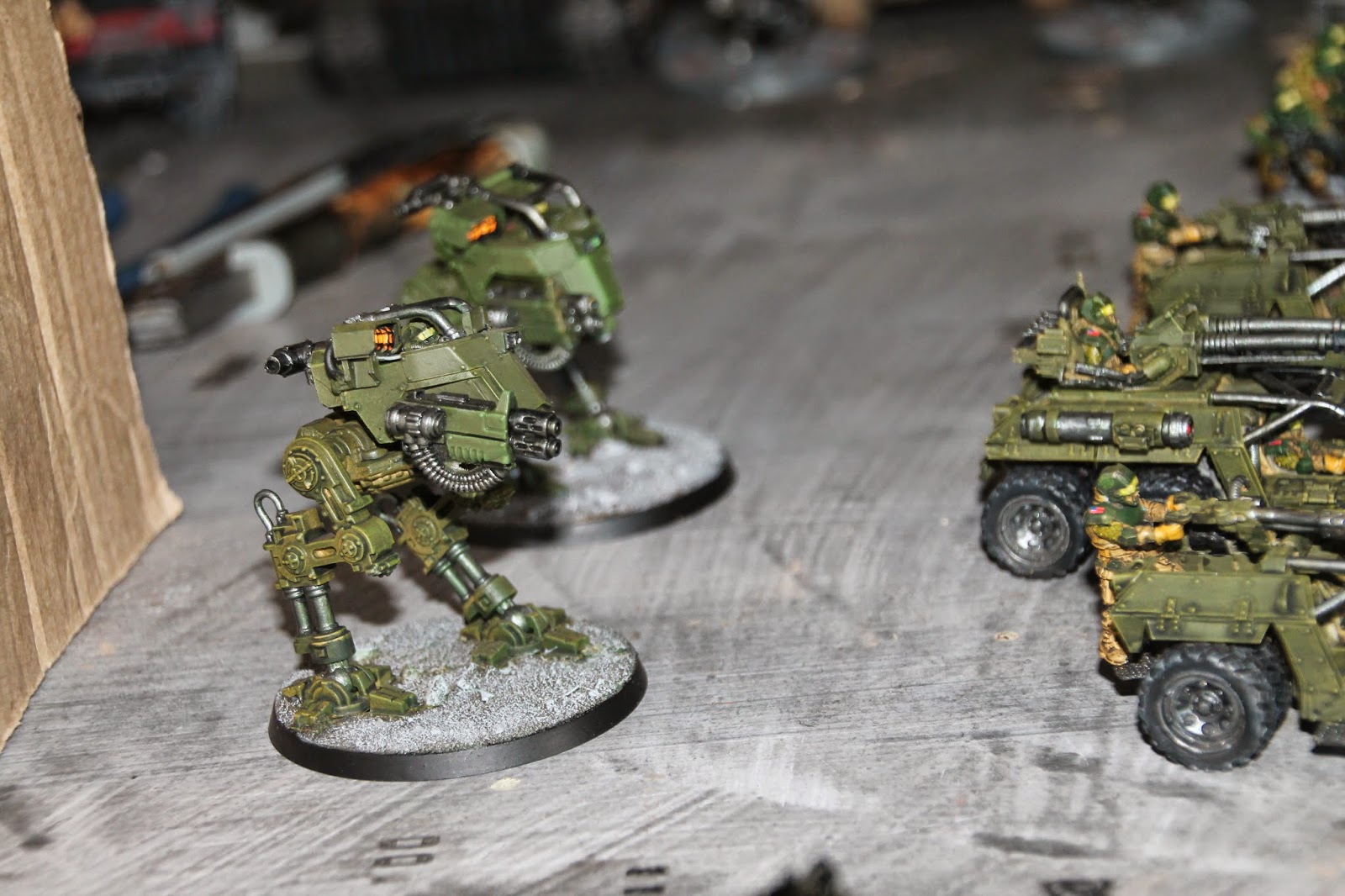 Drop Sentinels.  These have magnetic mountings for multimelta and heavy bolters. 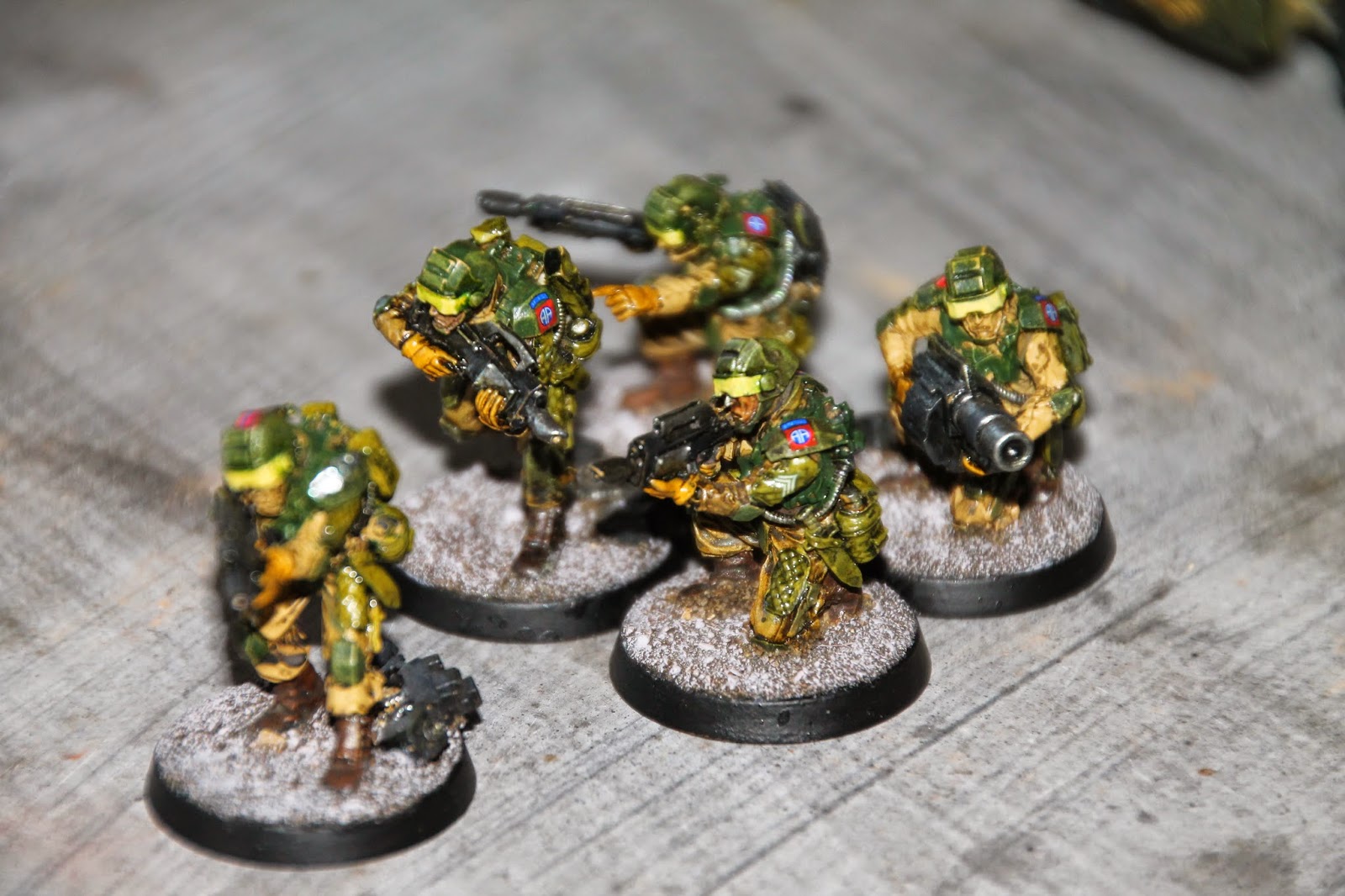 2 Platoon Command Squad, just because.  Some of the guys are a bit shiny in places and will get another coat of matt varnish. 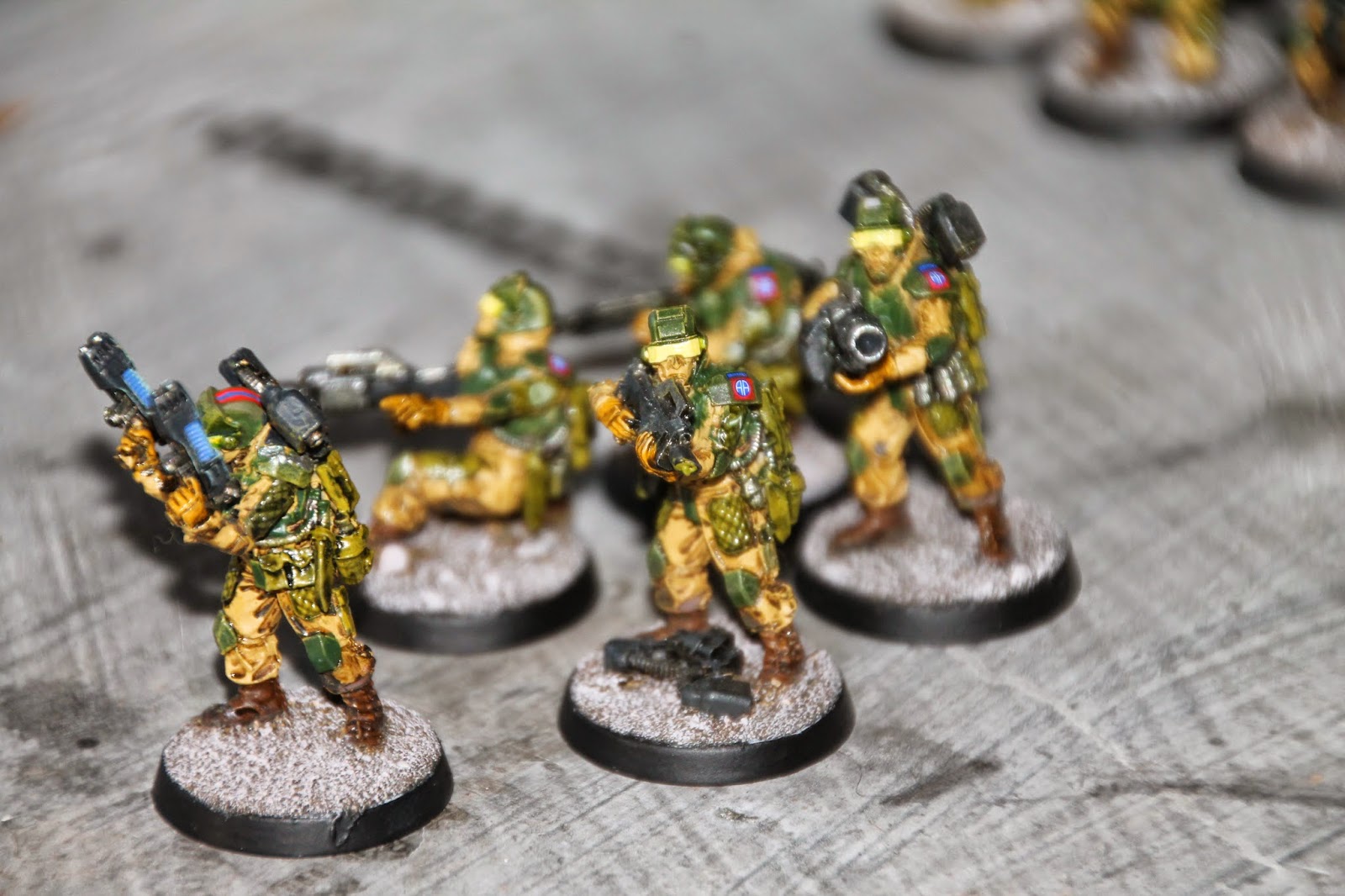 1 Platoon Command Squad.  Lt Teeve with his twin ivory handled plasma pistols.  Ivory from Elysian sky wyrms, of course.  These guys have six Valkyries already; there are four Vendettas which need doing, but hey, the weather is getting better and the garage is becoming habitable.