OK, so here are finished pictures of the Ratguard Miniatures Hedgehogs; one man's alternate after market Hydra kit.  And I like it. As you can tell, I have opted for two troops of three to support the DKK.

Obviously these will get painted, and if I can figure out how much to shave off, track guards as well. 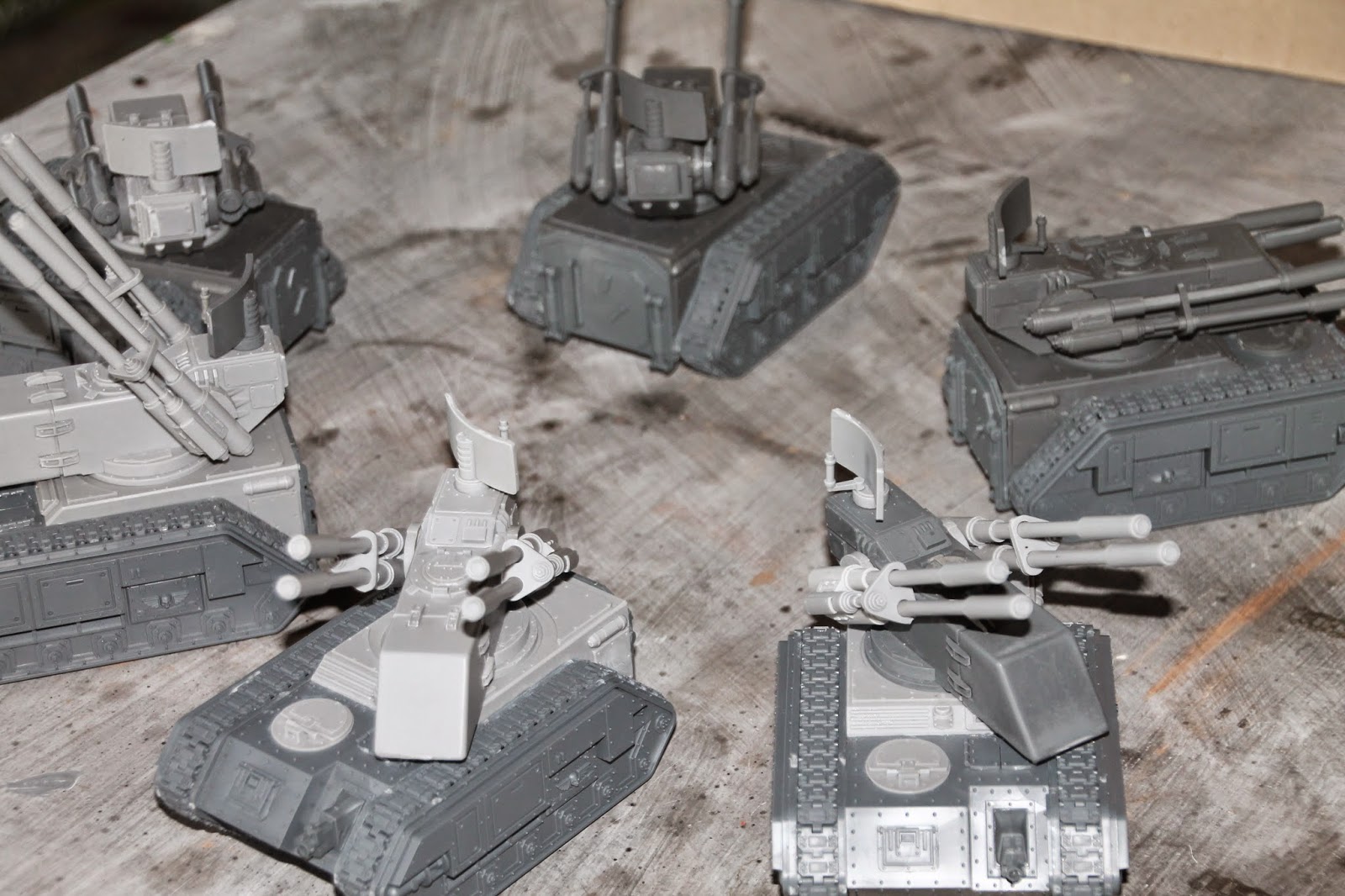 I suspect that you saw four of them on Admiral Drax' blog just before Christmas.  Here are all six, assembled and ready for waiting around for me to do a bit more.  They are ready to prepare to standby.  A favourite activity of any branch of the Artillery, including the cloud punchers. 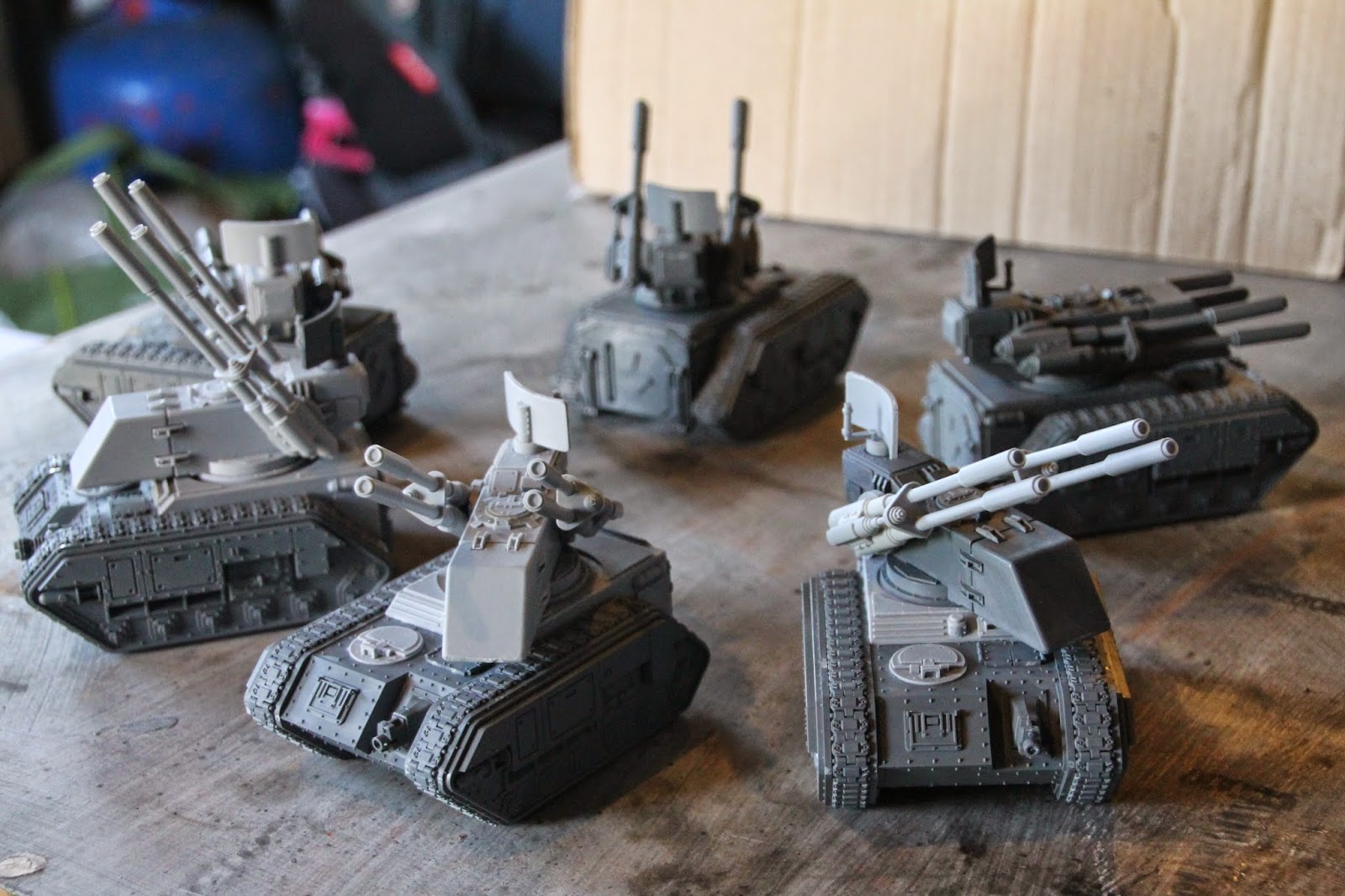 The turrets are, you'll appreciate, not glued to the hulls.  The guns are not linked across inside the turret, but held on by two locator lugs to set the angle and a central peg which represents the axle about which the guns elevate and depress.  Only one set of guns is glued (entirely my fault for breaking the locator lugs).  The passive air defence radar (the ones on the top of the turrets) are not glued either. 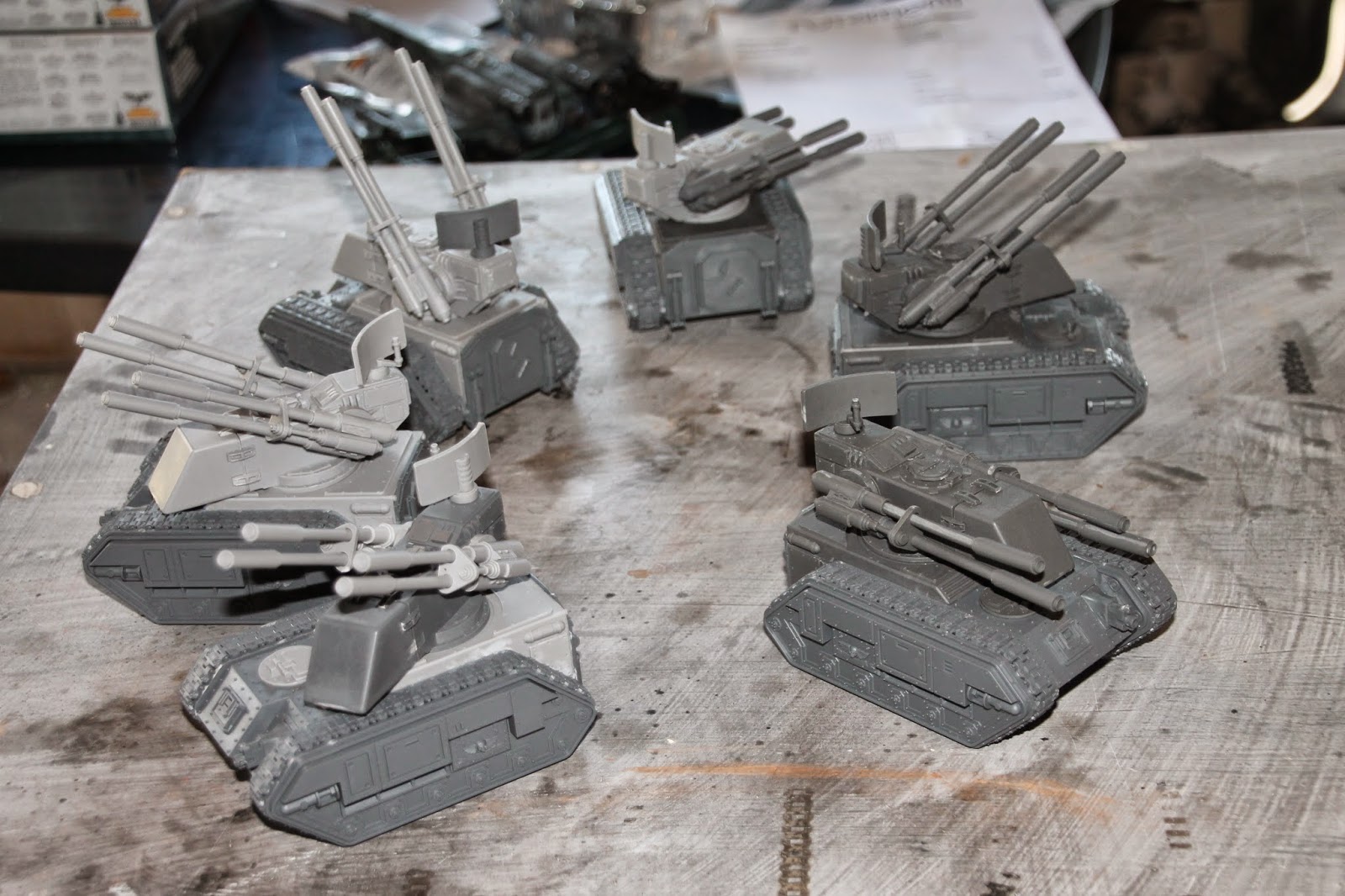 The kit includes a pretty good (active) targeting array as well, but I asked Drax to put the cover over the target acquisition kit.  I have one experience of fighting an opponent with three flyers with out any AAA.  It didn't go well for me.  I hope that six hydrae would sort that - it'd be two elite slots in a DKK Assault Brigade list. 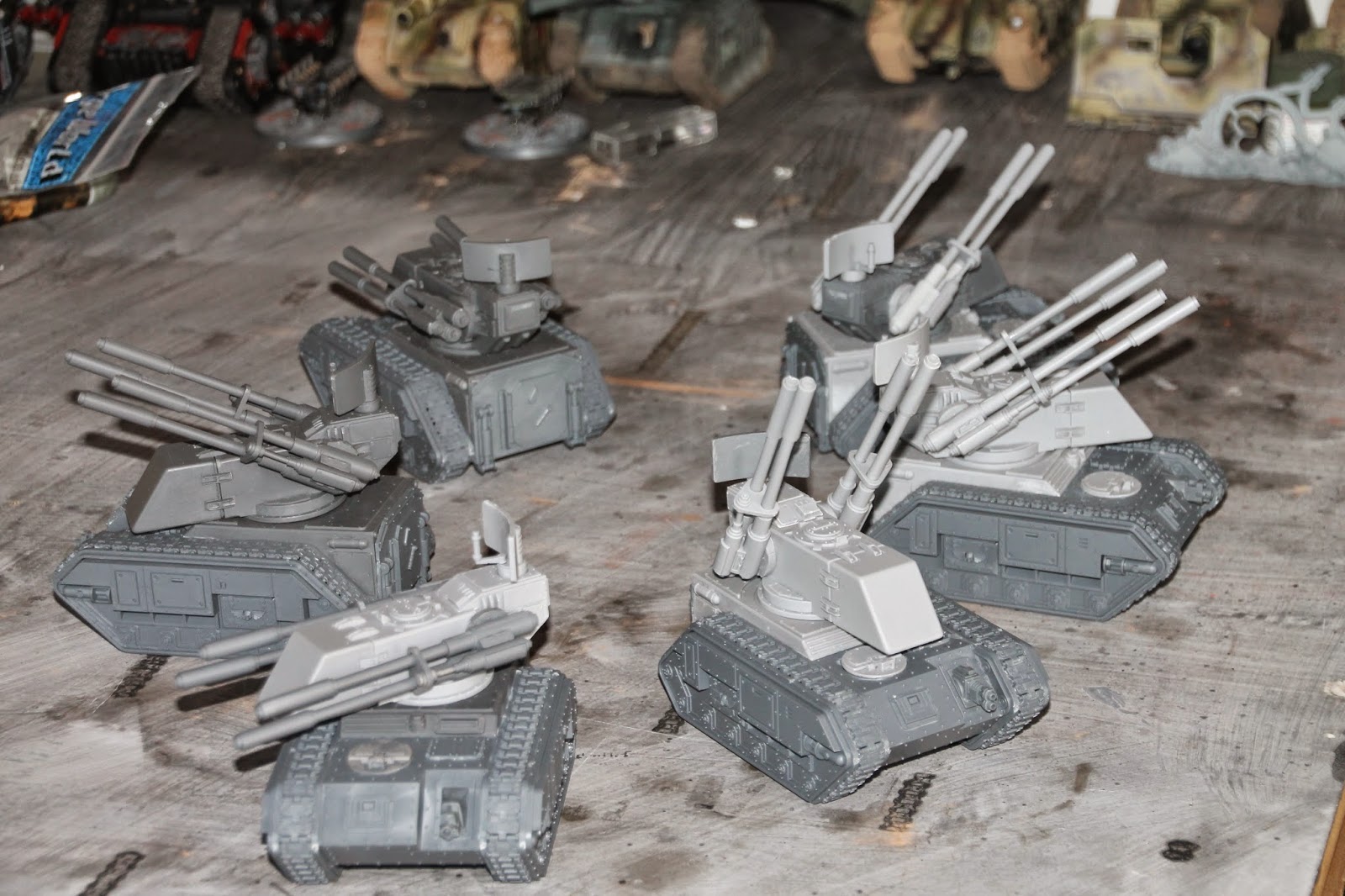 I am hoping for a fine weekend when Mrs Z has somewhere else to be, which'll be my opportunity to get some work done on these; As mentioned, track guards (which need shaving down to fit), painting, decals, weathering, stowage. 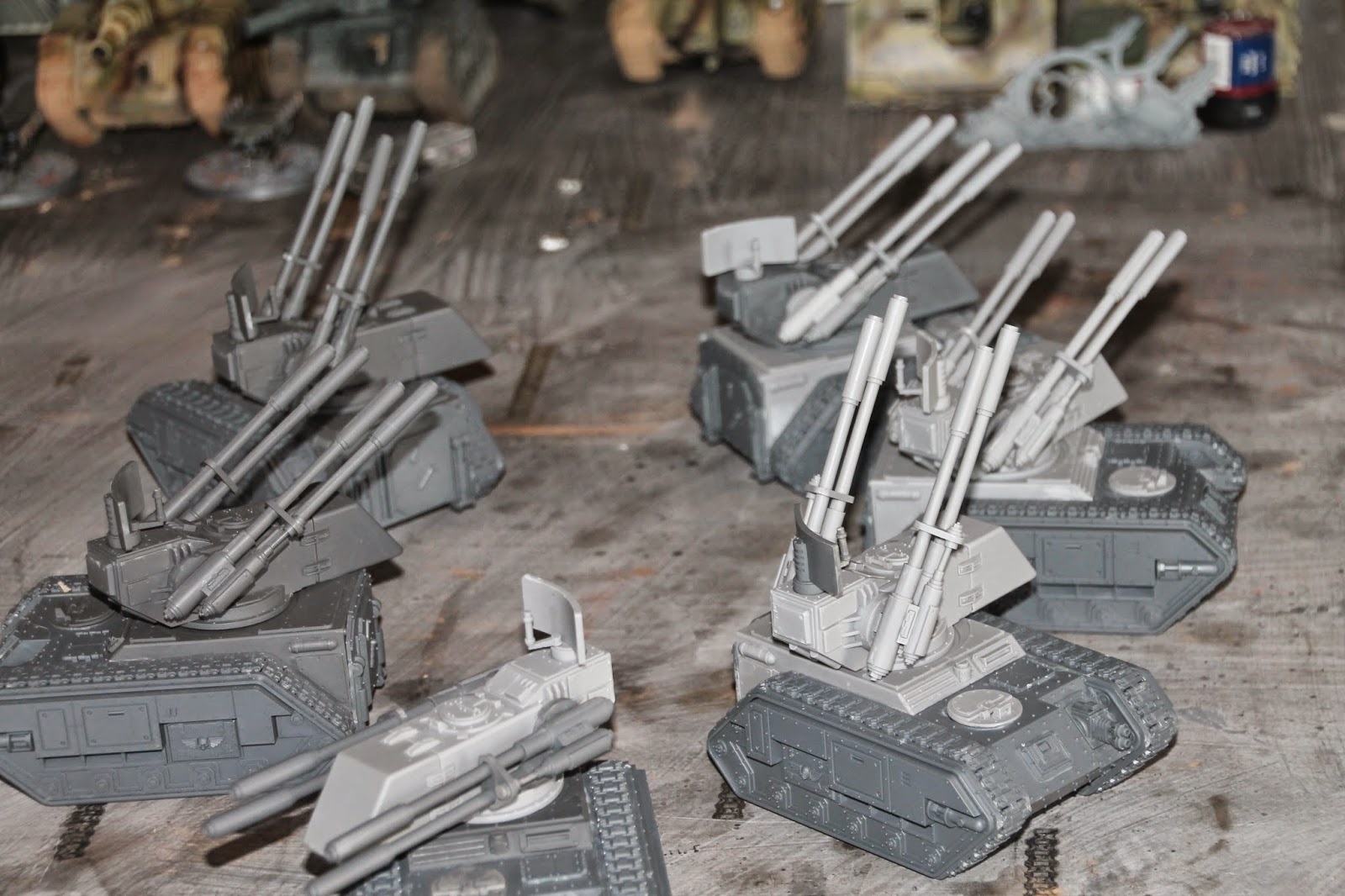 Hopefully the next time I post these there'll be at least one more stage completed.
Posted by Zzzzzz at 10:27