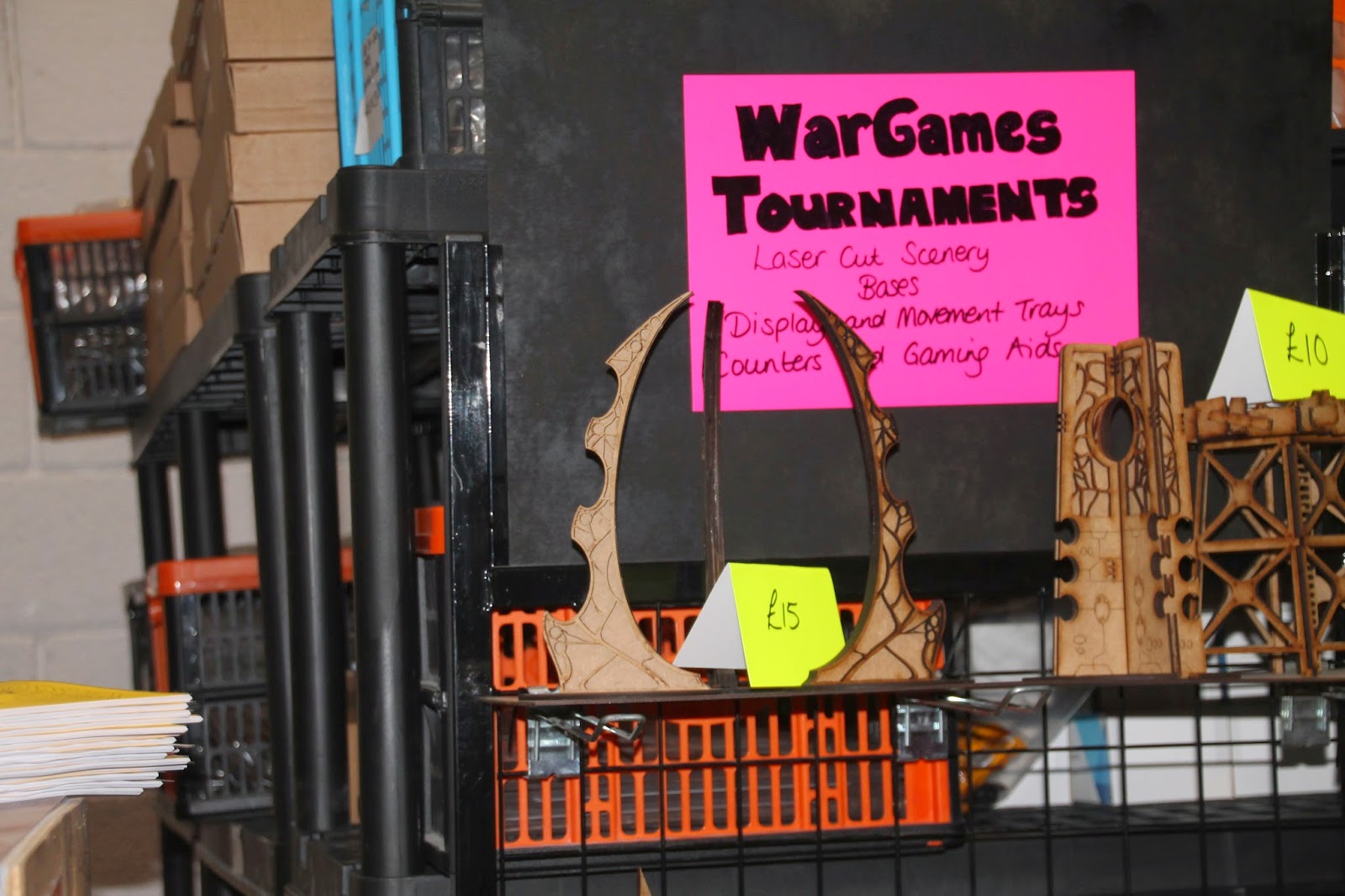 Eldar scenery.  I did phone Forge World six or seven years ago and asked if they were ever going to make a web gate.  I guess this is the answer. 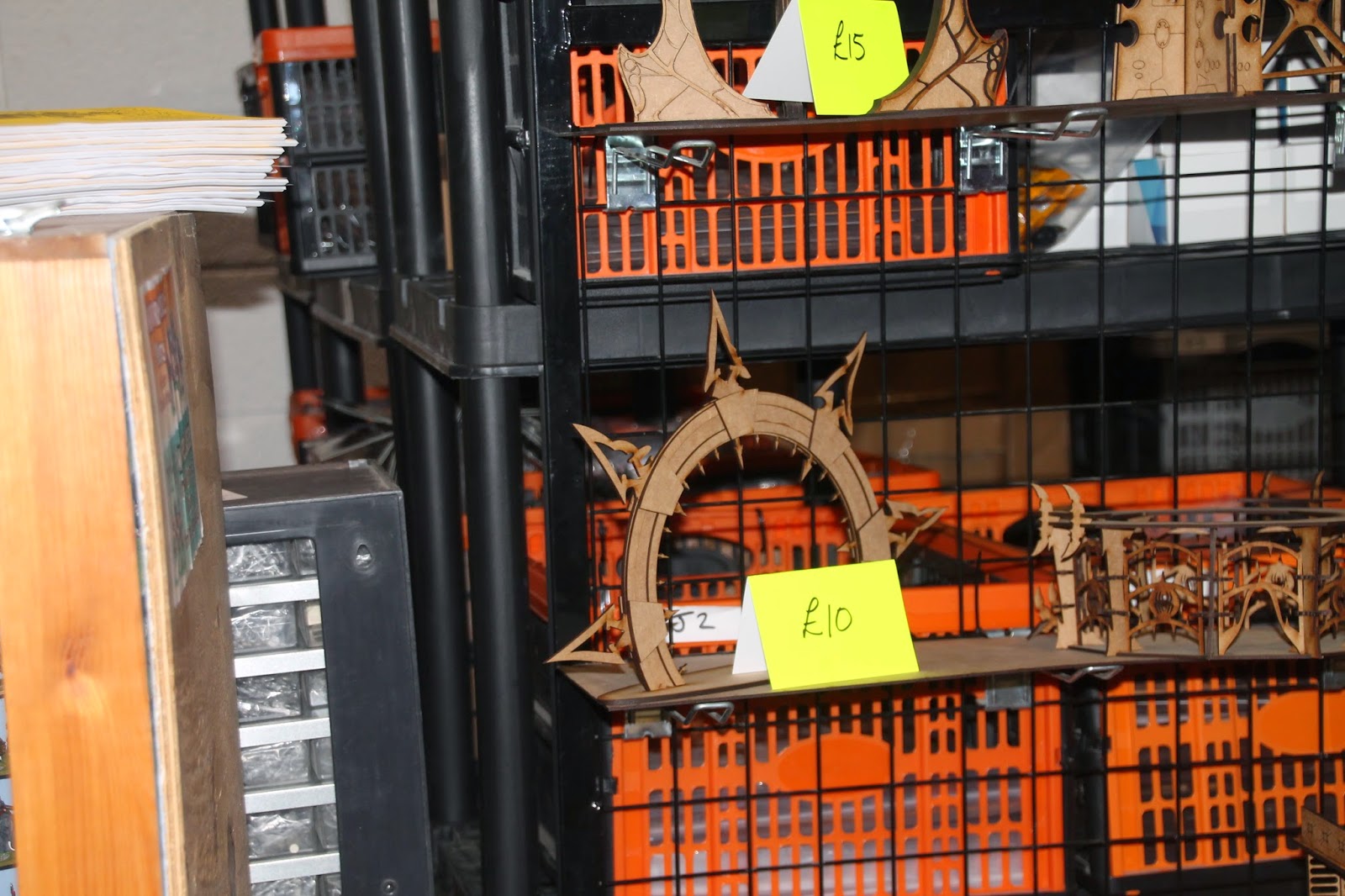 The next shelf down; a Chaos warp portal thingy.  What's sauce for Eldar is sauce for Chaos; apologies to geese and ganders for that. 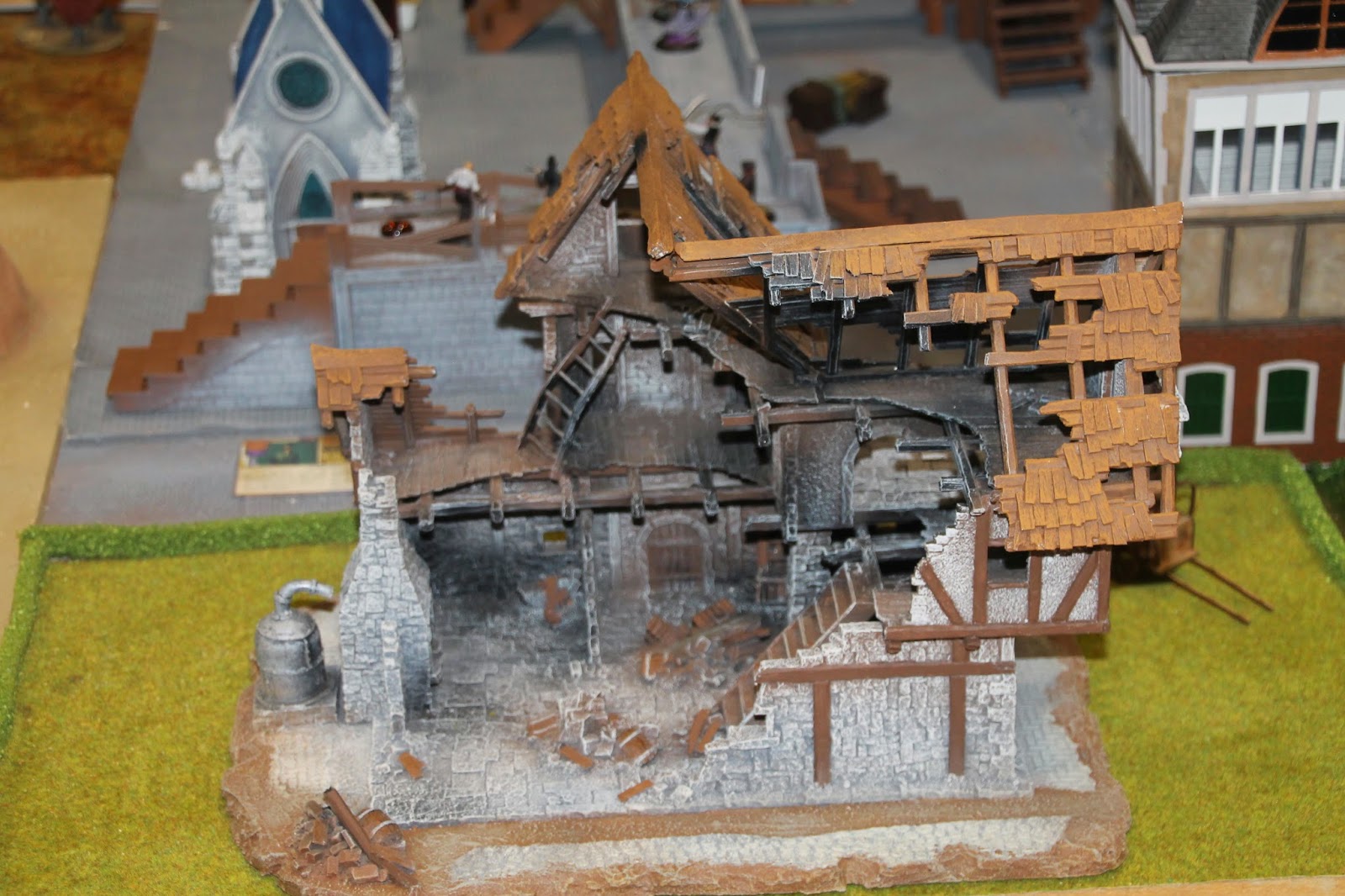 Now, as I went 'round snapping terrain pieces, unfortunately, I didn't clock who made what.  The two stand out brands for me were 4Ground and Sarissa, I remember that much at least.  Possibly because there were large displays of their products as supplied (ie unpainted) showing the whole range and looking like a sweet shop of 28mm terrain. 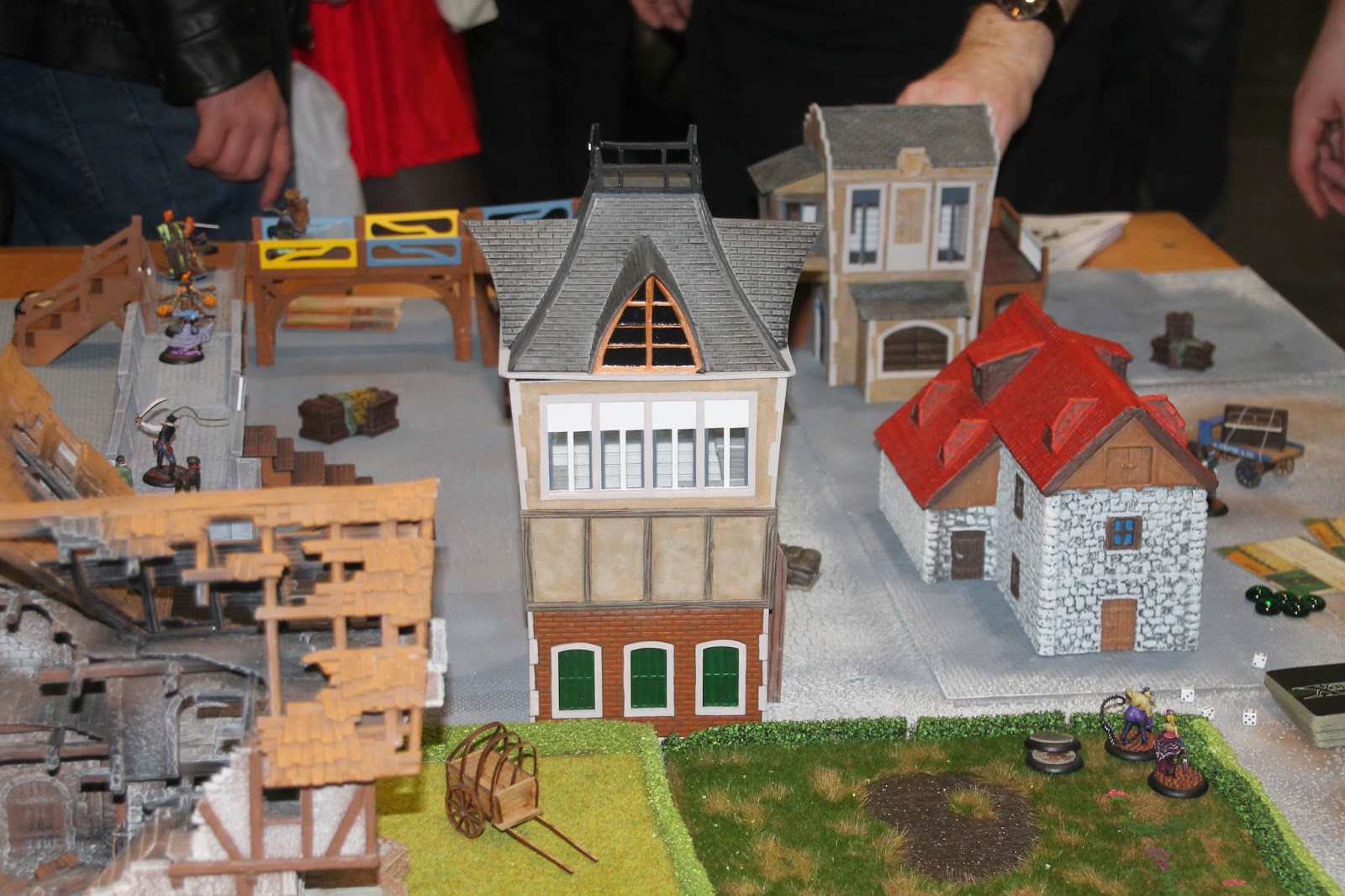 All of the stuff presented on the tables was finished to show the product off to best effect.  There was a guy in the back corner who had loads of trees and hedges (including bocage) and his stuff looked great. 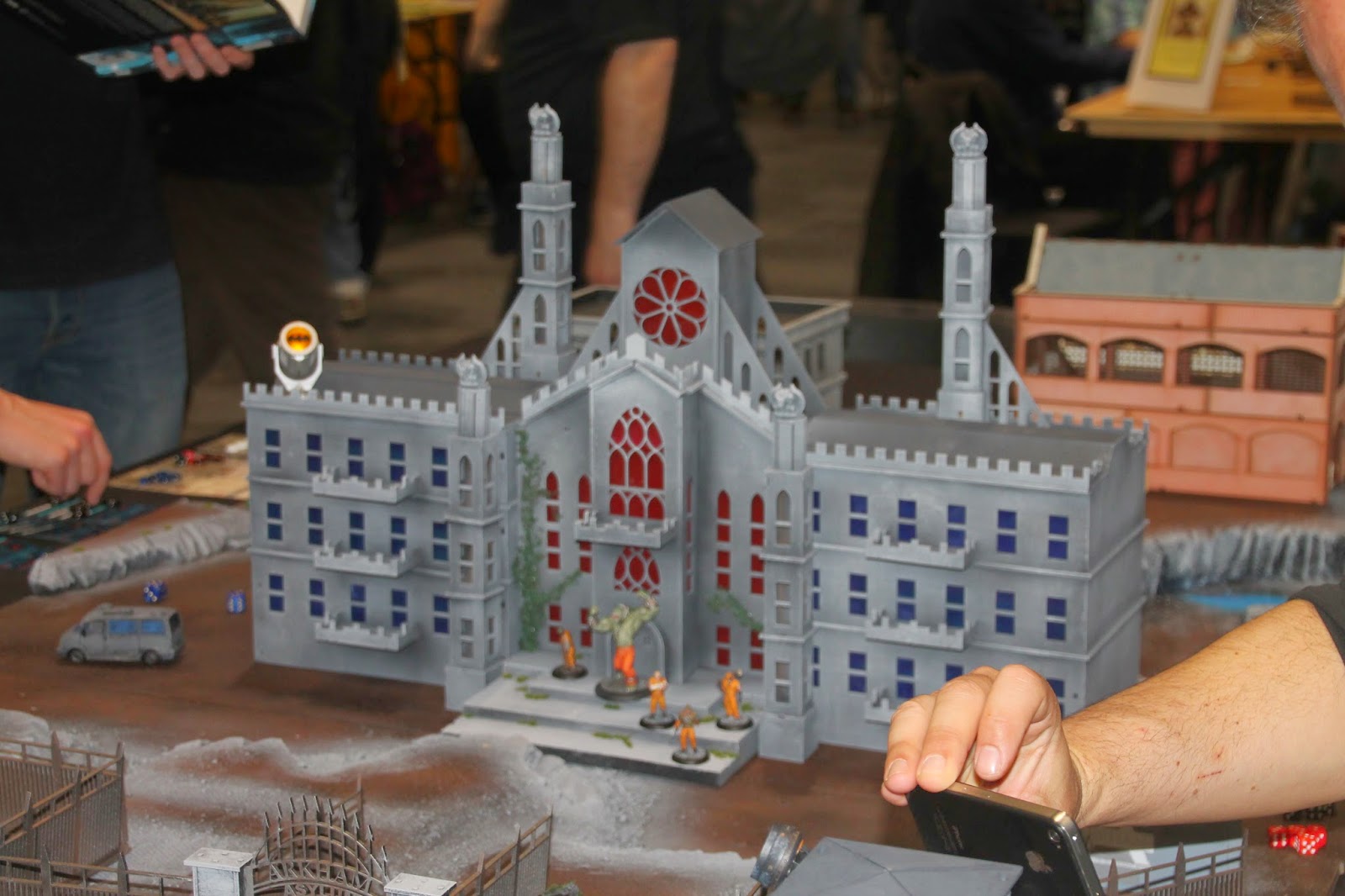 This I think is the Arkam Asylum.  There's a batman game going on there, so I think that's a fairly safe bet. 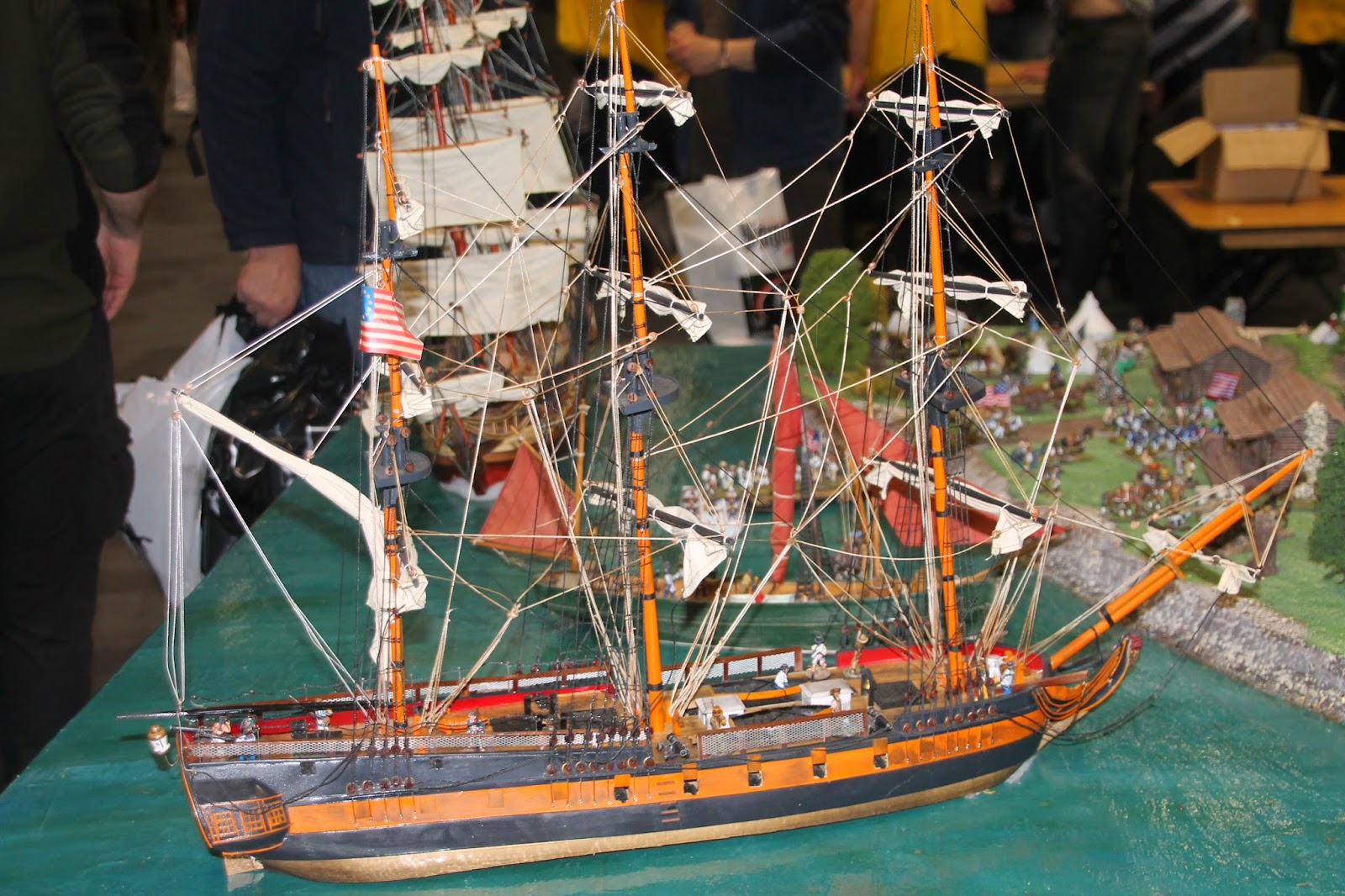 This is one of the ships from the Fort George game.  Outstanding modelling. 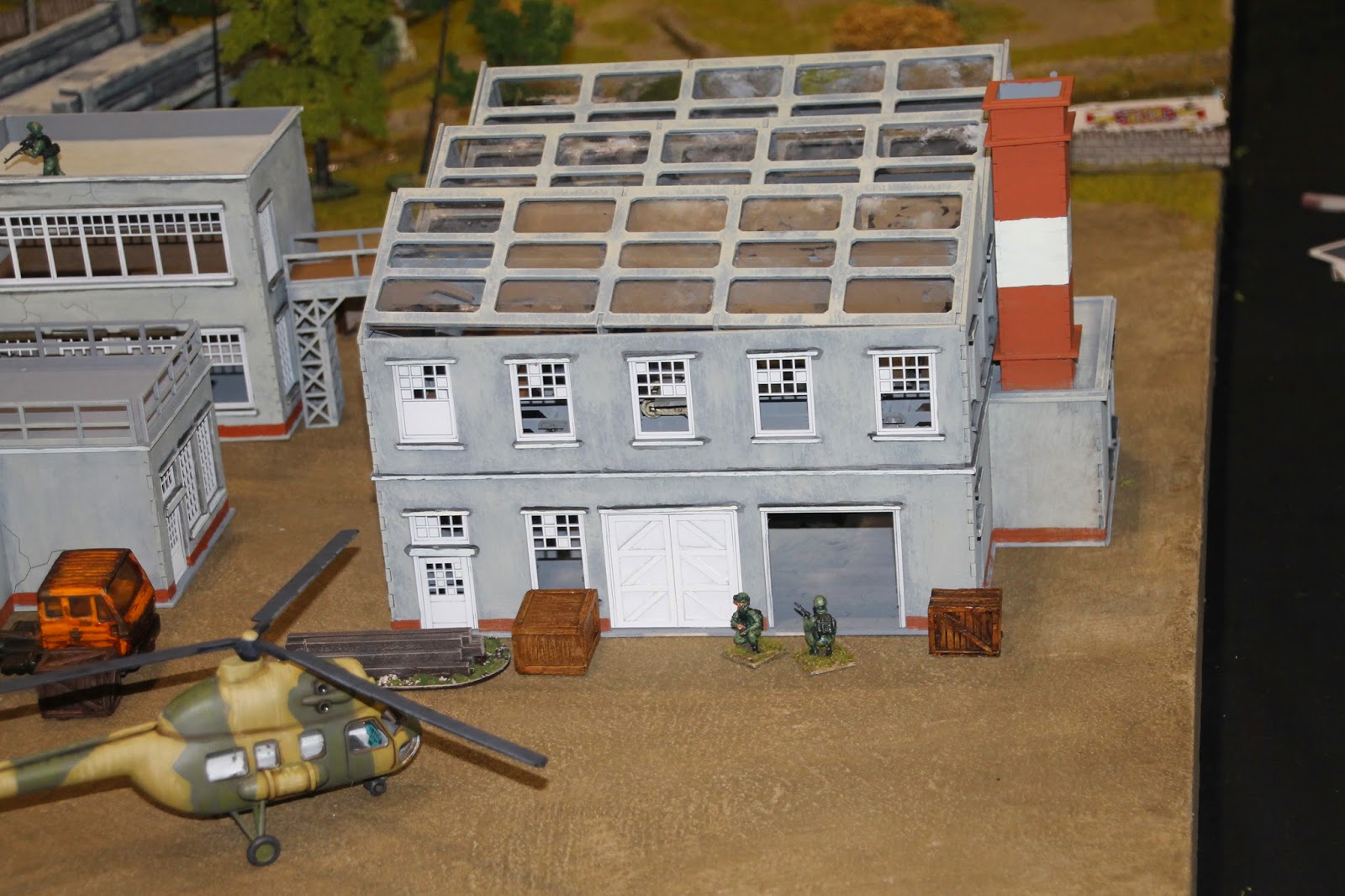 A really nice warehouse, although it's 15mm ( I so wish I started with Epic rather than 40K). 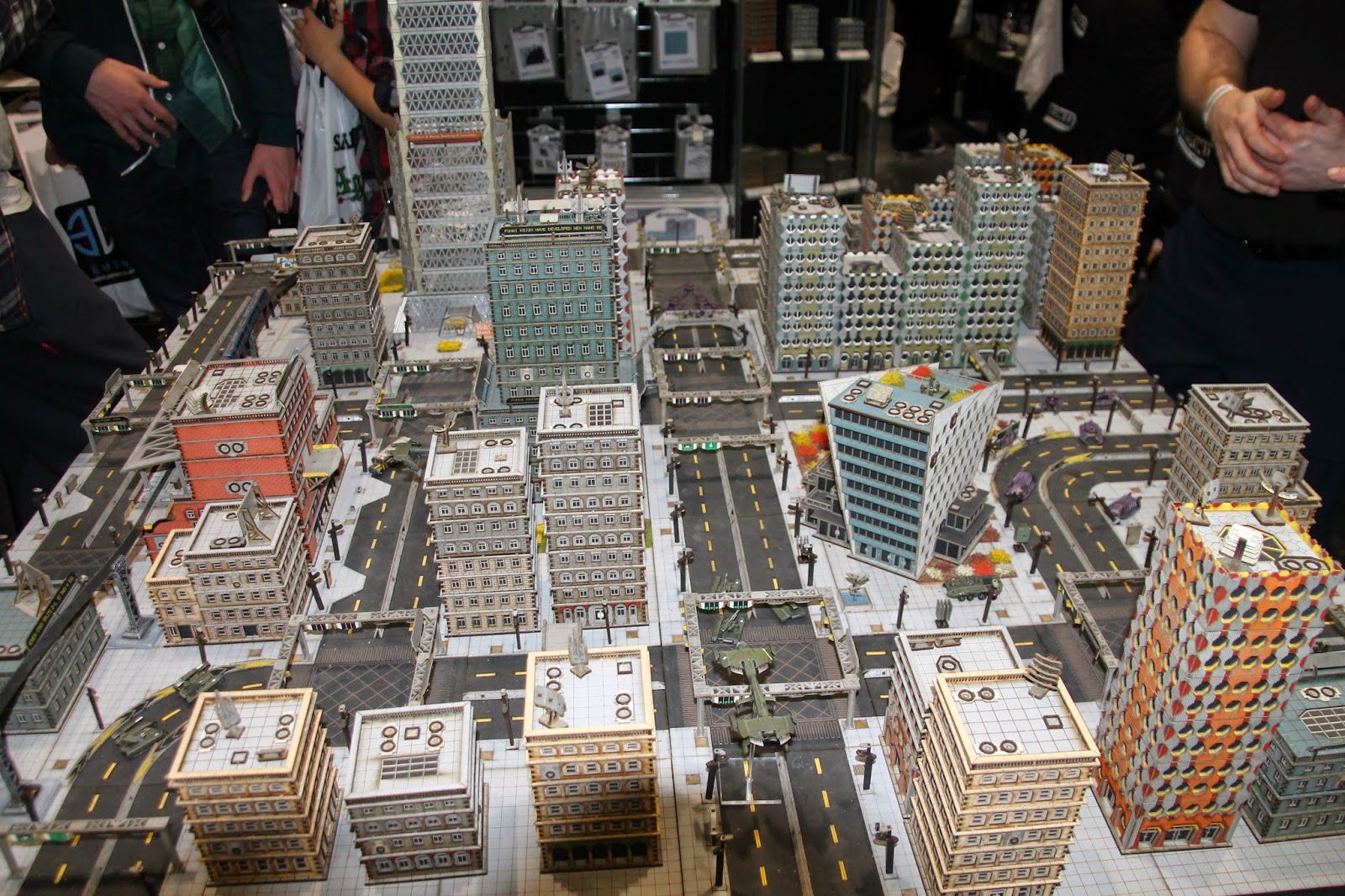 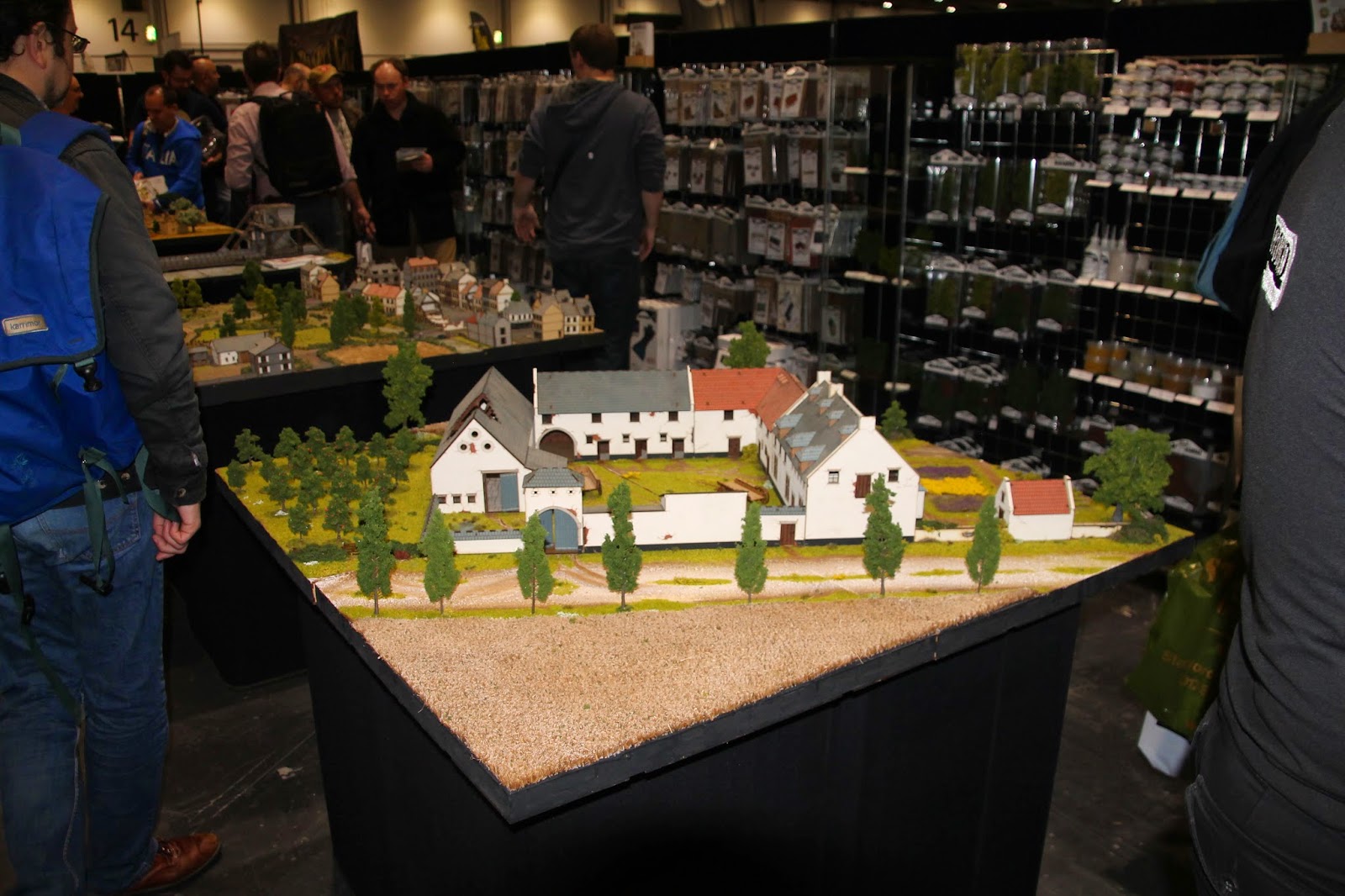 The farm at La Haye Sainte (sp). in 28mm.  My pockets were already full. 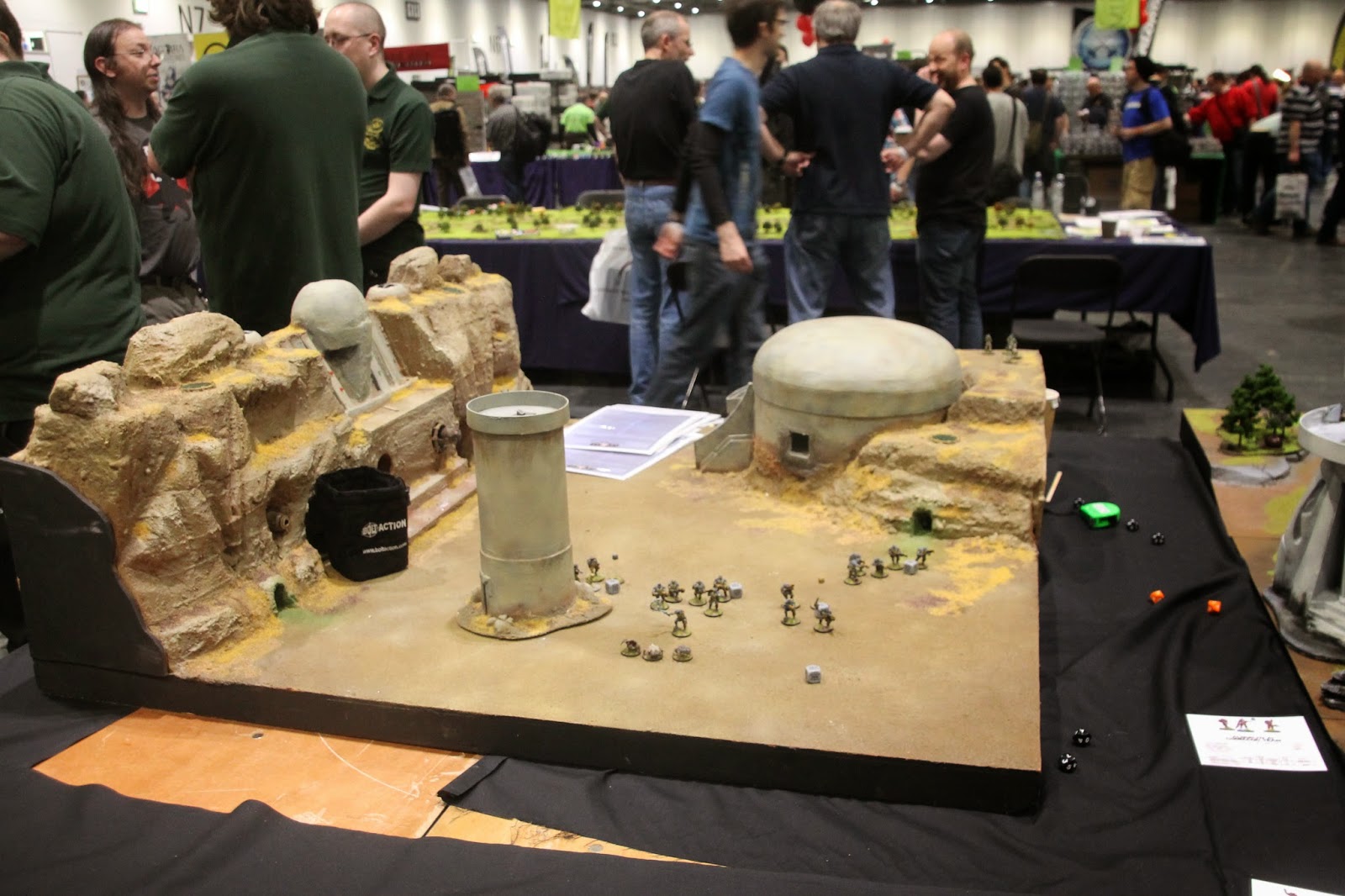 Another one of the alien planets.  There were a lot of other games, including a couple of undersea ones (incl Stingray !).  The whole show was pretty mind blowing, but more of that next time.
Posted by Zzzzzz at 21:39