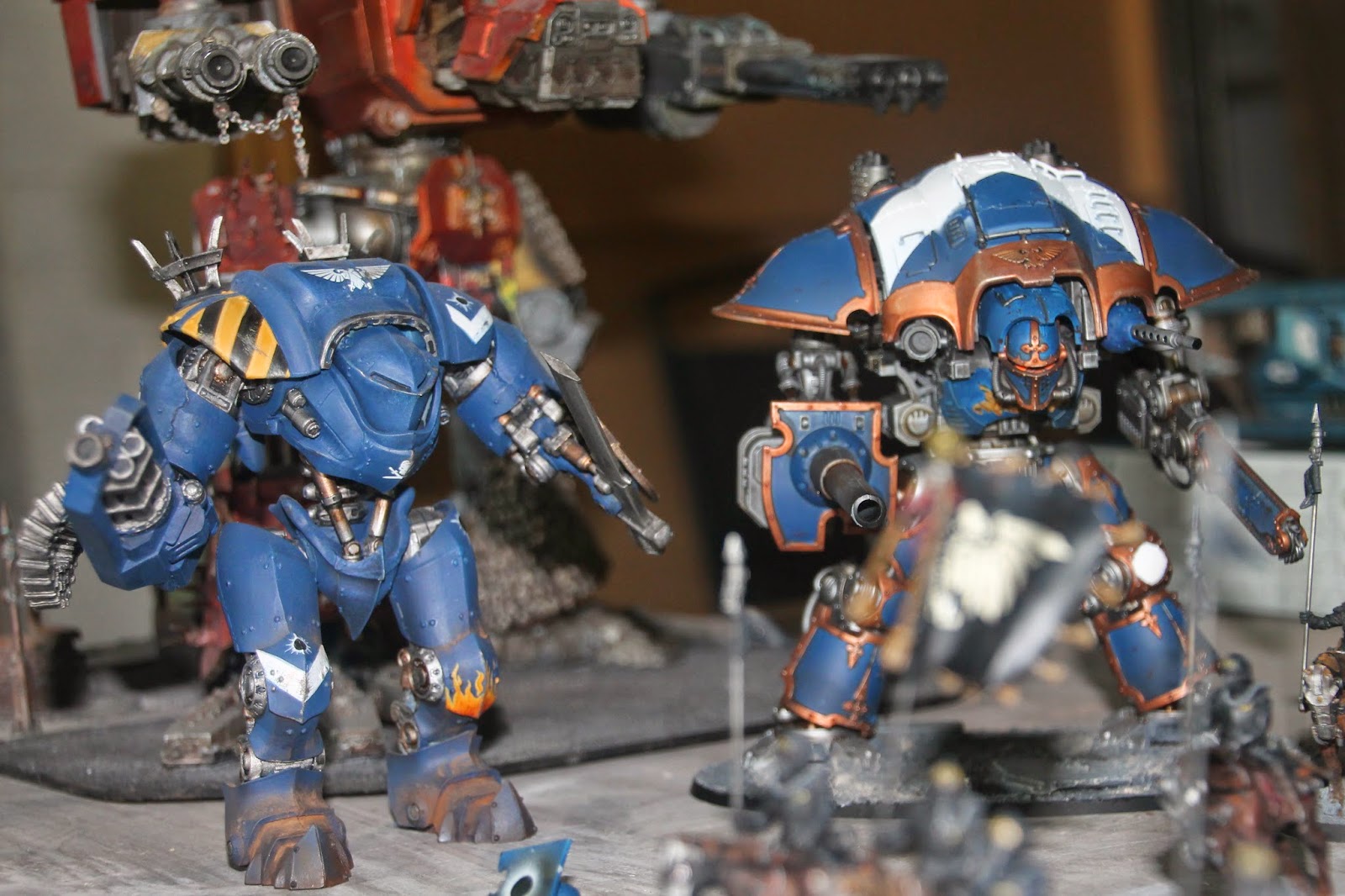 Just in case you were wondering.  Here is the Dreamforge 15mm Titan Chas (the pair of them are Chas and Dave) next to the GW Knight Killi, to give you a comparison.  Killi's counterpart is of course, Filli.  They are named after hampsters, but that's another story. 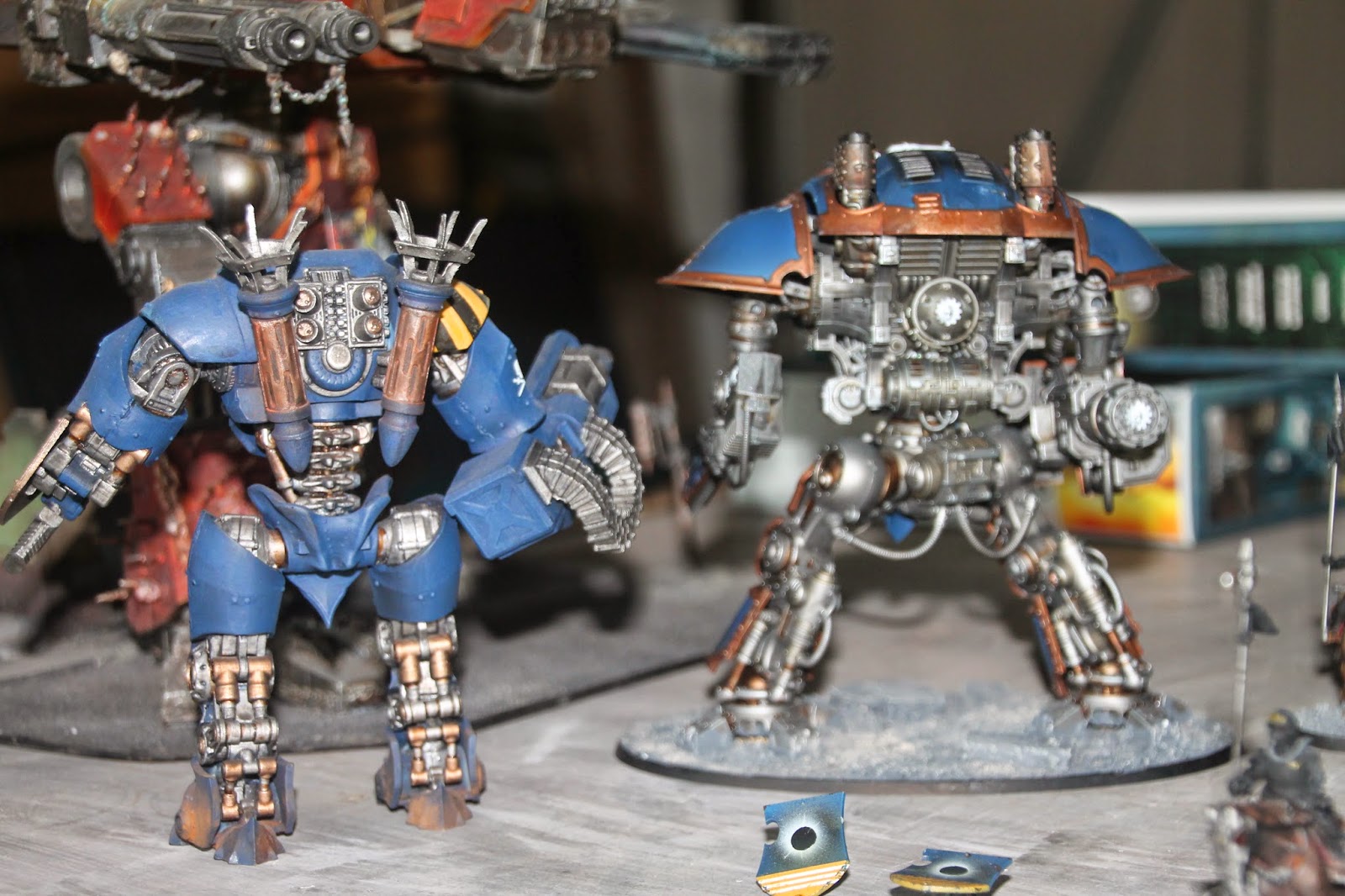 The rear view; you can see that Chas, the Dreamforge 15mm titan (this one is a resin one from before the kickstarter) does not have (does not need) a base.  So the models are roughly the same size and of a similar bulk.  Which is nice, when it comes to fielding them. 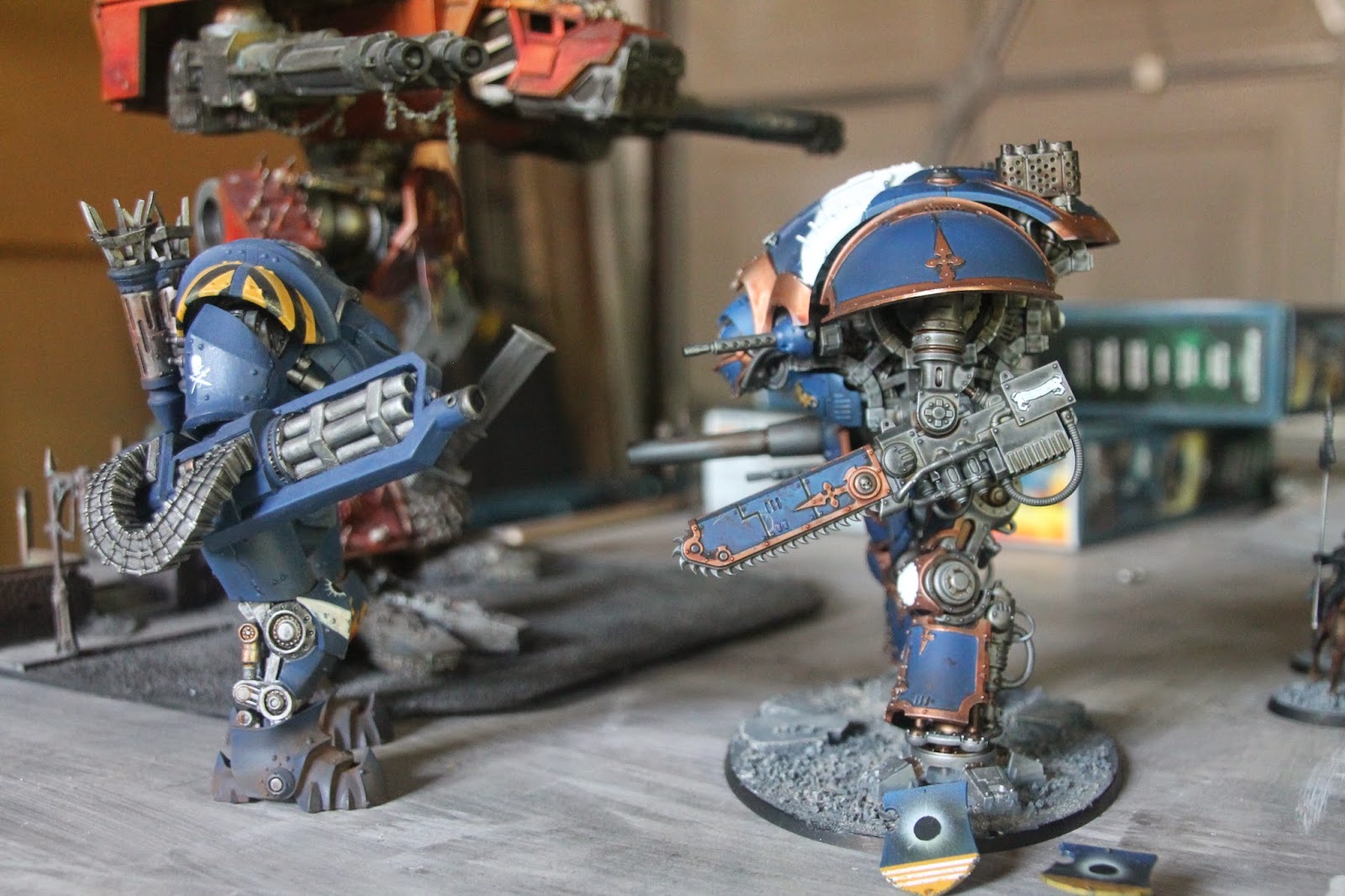 Face to face in front of Belligera Rex.  Their weapon systems are on a similar scale and the Dreamforge ones also have Heavy Stubbers more or less in their armpit.

It is obvious that in conjunction with a warhound, a pair of knights would be a multiplier.  And that in opposition, the warhound will eat the knights, possibly in the same 'round.  Indeed, looking at titans and superheavies, the only reason I can see for the Rapid Fire battle cannon to be a D weapon would be something like DU ammunition.  Those Volcano cannons are a clear centimeter longer than a GW knight is tall. Whereas that battle cannon, Rapid Fire not withstanding, is not significantly larger than the Leman Russ one.

And from the looks of it, it could hold no more than a few rounds.  For a rapid fire weapon, it doesn't have an adequate magazine.  Unless they meant that it is loaded by an auto loader, which is a possibility.  But if you look at the size of a Leman Russ turret, then that is obviously either equipped with an auto loader or is muzzle loaded.  ahem.   I love this game, but shit engineering and bollocks instead of concise background do vex me so...
Posted by Zzzzzz at 11:34