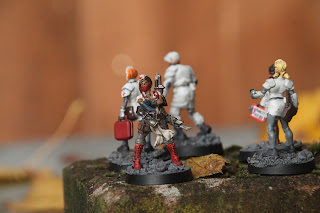 Ah, These then are the medical staff at the field hospitals.  These would be members of the Departmento Munitorium's medicae branch, not members of the Imperial Guard.  Which would seem to fit with the general way they seem to operate, with distinct separation between functions. 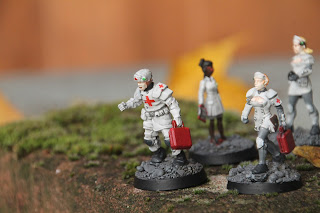 Things which are a part of modern armies, like sub units of logistics units being able to source and produce potable water in the field, would be done by the DM, to ensure that the Imperial Guard was entirely dependant on the DM and it's long, interstellar supply chain.  An umbilical cord which is also a leash, providing assurance that the Adminstratum's big heavy stick is always in the right hands. 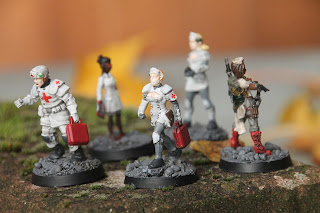 So these were painted up for me by Admiral Drax.  When those Cadian Field Ambulance types scoop up their casualties, these are the people they bring them to. 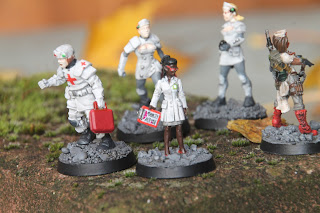