These are from that large DKK lot that I bought some time ago where a lot of the stuff needs a bit of TLC (more in a future post or two.  Or three.  Or more.) The Mole Mortar Team was already built but the rest of the engineers were still in the packet. 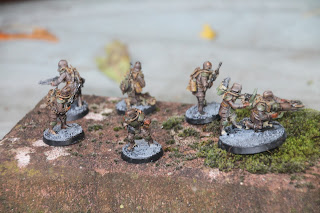 So up on the BoS today are are the men who will make up the rest of the Cbt Engr Det.  I havn't put these next to the ones PVP did, but the chances are they'll be on opposite sides of the table.... 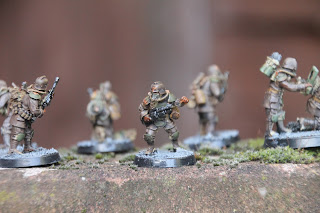 Having said that, I am pretty pleased with the way these turned out.  The Mole Mortar Team are scarily under equipped for soldiers in a combat zone, but that can be fixed. 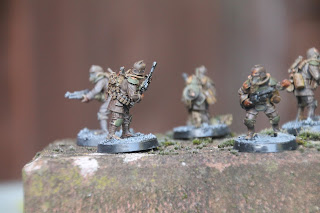 They are seriously pretty models; I know that they're everyone's favourite DKK (the grenadiers being a pain in the arse to assemble) and that there are minis out there which some may describe as 'practically painted itself', but these seven were fun to paint and gave me the confidence to begin tackling the riflemen repaints.  So yeah, they're super. 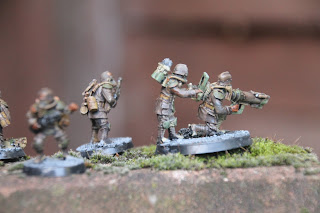 The mole mortar.  I did have a plan for powder weathering on the muddy end of that thing.  Must not forget that; if these hit the box before that happens, then it's unlikely to ever happen.  And that would be bad. 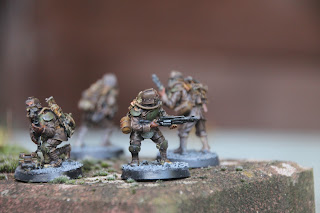 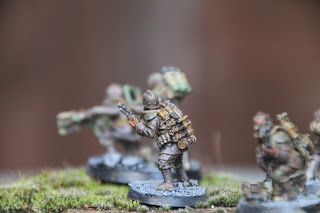 Tube charges.  Nothing like wearing 18kg of RDX on your back to keep you facing the enemy. 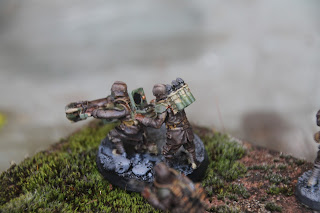 The mole bombs are quite incredible pieces of technology when you consider what they have to do.  Launching them from a foot in the air ain't gonna help.  Put the lip of the launch tube on the ground and tip up to launch once the drilling heads are spinning at optimal speed. 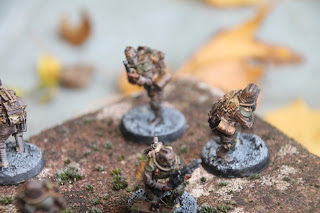 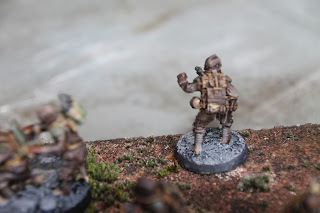