There are units that I've built which are non-codex. There are some with IA rules and some for which I'm relying on the Eye of Terror Codex. And some which I just thought would be cool, specifically the Emperor's Children Land Speeders. So I had buy the Spaze Mhurine codex just to include them, but it's a game with my friends and like Jervis keeps saying; it's our game (well, mine at the moment, so I get to define reality for everyone else).
So as the games progress, we'll be following the codex and RAW. But we'll have a bit of fun with our mini substitution, even if we'd not be allowed to use them elsewhere; ie the PP Cephelax and drudges make good Heamonculi and grotesques. I really like the infinity models and so may make up an IG platoon or two from those.

WD when I used to buy it and the Rouge Trader book (from when citadel produced only an extremely limited number of SF minis) contained advice to players on getting minis from other manufacturers to use in the games. The WD article that proceeded 'Eavy Metal was a review of the market, not just a citadel advert. I can see how insisting on GW only product in GW shops and events could be protecting their market share. I suppose with their target market (pre-pubescent boys) that works. Us older (and wiser [!?]) folk will just do what we want anyway, QED.

So the Heretics and Renegades are backed up by a Dark Ages Firestorm warband, which fits with their idiom nicely. The loyalist Catachans are Scotia Grendal Void 1.1 Veridians and shadowforge marine special ops.

My DKK are fronted by three Panther Vanquishers; 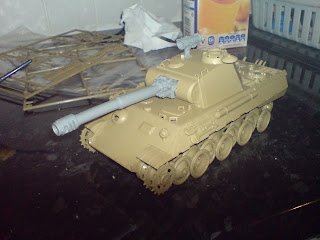 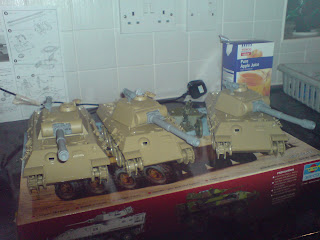