The Blood Coats have four mortar squads and three auto cannon squads. Now, IRL, such a heavy weapon Platoon would have a notable amount of support. Not reflected in fortykay, and an addition such as this does nothing under the standard rules for a pick up game. So no in game advantage for a Command Post, despite the fact that IRL, none of any of the indirect fire assets would actually work properly. 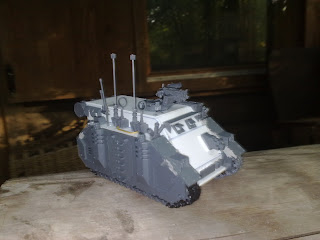 This is a set of Rhino sides from bitzbox. The other rhino bits are from the CSM Predators. Obviously quite a lot from LRMBT, Chimera and Sentinal kits as well. 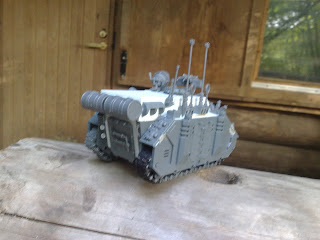 The main body is 1mm plasticard. I was given the encourage
ment to attempt this by Si on his Kataan IV project page. So I gave it a go and actually am satisfied with the result. hurrah. 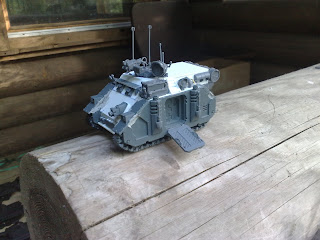